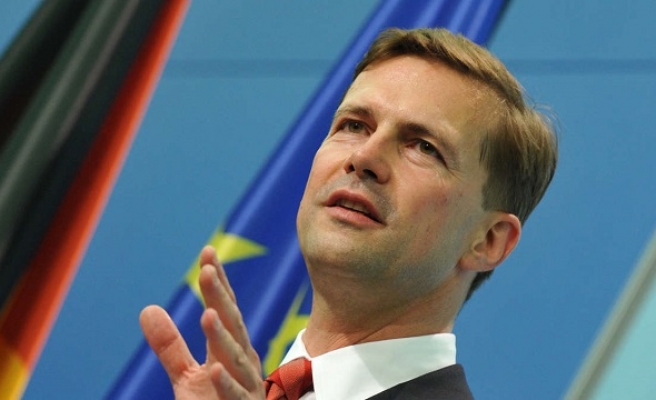 Germany’s government has welcomed the conduct of Turkey’s general election held on Sunday, and expressed readiness to continue close cooperation with Ankara in addressing the refugee crisis and regional security challenges.

“We welcome that yesterday's parliamentary elections in Turkey [were] carried out in a peaceful way. There has been a very high voter turnout. That underlines the strong commitment of Turkish people to democracy,” Seibert said at a press conference.

He said the German government was ready to assist Turkey in addressing the challenges ahead, which he exemplified as: the effects of the Syrian crisis; the fight against ISIL; the political solution process with the Kurds; and domestic polarization in the country.

“Addressing these challenges with the spirit of national unity and readiness for compromise is important as Prime Minister [Ahmet] Davutoglu said during his address on the election night,” Seibert stressed.

He said Germany and Turkey will intensify their cooperation in addressing the refugee crisis after the elections.

According to preliminary results, the AKP secured 49.48 percent of the vote -- much more than had been predicted by pollsters -- giving it a wide majority (317 out of 550 seats) in parliament.

“This respect also includes acknowledging the will of the democratic electorate and not commenting on that,” she added.

Asked about concerns of some observers about a possible “concentration of power” in Turkey after Sunday’s election, Chebli said:

“I cannot understand what you mean by concentration of power. The electorate has decided, they have decided to give AKP an absolute majority to form a single-party government…And we will respect this election result.”

Chebli also welcomed Peoples' Democratic Party (HDP) leader Selahattin Demirtas’ statement on Sunday night, who signaled that his party, which is largely supported by ethnic Kurds, will work for the resumption of political process for reaching a settlement in Turkey’s decades-long conflict with the terrorist PKK.

“That gives us the hope that the faltering peace process with Kurds can now make headway,” Chebli said.

The HDP secured 10.75 percent in Sunday’s election, just above the election threshold requirement of 10 percent. The HDP has lost 21 parliamentary seats since the June general election.

Sunday’s vote in Turkey was called following inconclusive elections in June, which saw no party win an outright majority. Almost five months of subsequent talks between parties failed to produce a coalition.