The Greek foreign minister said that his country wanted to establish a close cooperation with Turkey. 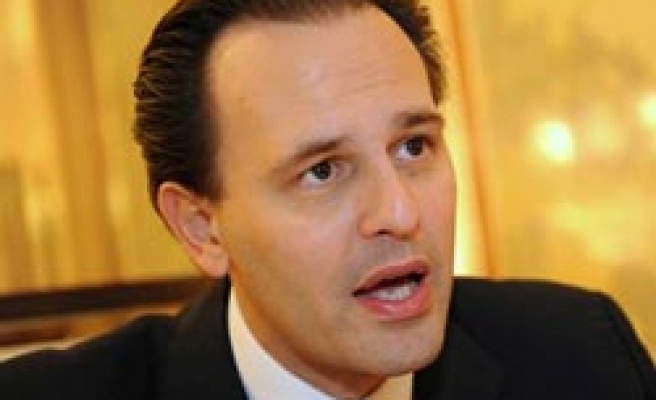 The Greek foreign minister said on Wednesday that his country wanted to establish a close cooperation with Turkey.

Speaking at a press conference on the "Greek foreign policy" in Athens, Foreign Minister Dimitris Drucas said the Greek capital was eager to have a close cooperation with Ankara on matters of common interest.

Drucas said rules of international law, as well as respect to the sovereign rights and territorial integrity of Greece would constitute the pre-condition for such cooperation.
The Greek foreign minister also noted that Greece supported Turkey's EU perspective within the framework of full membership.

Commenting on the result of Sunday's referendum in Turkey, Drucas said such result would help Turkish Prime Minister Recep Tayyip Erdogan to conduct more decisive reforms on issues such as minority and human rights, respect to international law, good relations with neighbors and settlement of the Cyprus issue.

The Greek foreign minister also said result of the referendum would be "a window of opportunity" for the Turkish government.

Regarding the ongoing negotiation process in Cyprus, Drucas said Cyprus issue was a matter of priority for Greece.

Noting that the issue was going through a tough process nowadays, Drucas said Greek Cypriot leader Demetris Christofias brought up proposals for the solution of the matter, adding a positive approach was expected from the Turkish Cypriot side.