Greek Deputy PM Pangalos said that Hagia Sophia belonged neither to Turks nor Greeks, adding that it belonged to the civilization of humanity. 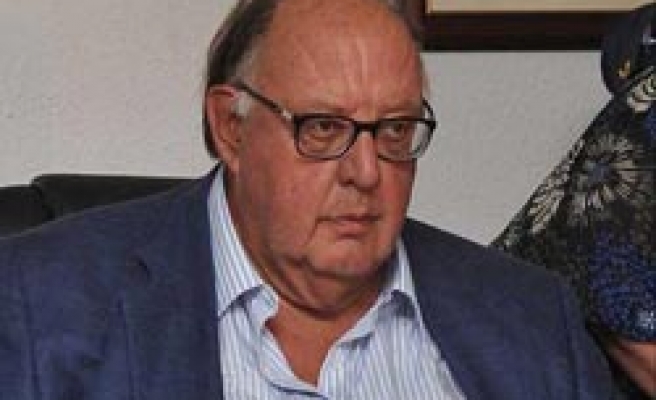 Greek Deputy Prime Minister Theodoros Pangalos said that Hagia Sophia belonged neither to Turks nor Greeks, adding that it belonged to the civilization of humanity.

Pangalos, who came to the western Turkish province of Izmir to attend the 6th Turkish-Greek Media Conference, visited the Association of Journalists.

When recalled by a journalist that some 200 Greek-Americans abandoned their plans to hold a religious service at the Hagia Sophia Museum, Pangalos said that the group made public their plan earlier, but their plans were not supported by both Greek media and Greek politicians.

He said that Hagia Sophia belonged neither to Turks nor Greeks, adding that it belonged to the civilization of humanity. He said that the humanity should concentrate on protecting the monument instead of trying to own it.

Upon a question about last week's referendum in Turkey on the constitutional amendment package, Pangalos said that everything would be better after both countries used rights for freedoms, adding that progress made in one of their countries would contribute to the other.

He added that Turkey and Greece should reduce armament by trying to do everything in their power to remove lack of confidence between the countries.

Pangalos is wrong.
If religion is the communication between a human being and "the God" then Aghia Sophia belongs to the people who exercising and practicing that communication. Aghia Sophia has been built as a church and remains a church indifferent to the what politicians decide. Therefore as a church belongs to the Christians and the practice of worship has nothing to do with politics.