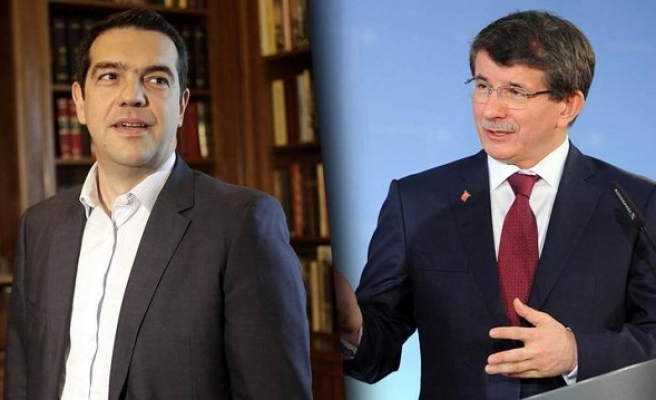 The meeting, which was closed to the media, was on the margins of United Nations summit in New York.

Turkish Prime Ministry sources said the two leaders agreed to enhance cooperation to implement projects aiming to ease the plight of Syrian refugees, vast numbers of whom have crossed the Mediterranean Sea this year.

A main entry-point for refugees to Europe has been the narrow waterway between Turkey and the Greek islands, which saw 192,000 arrivals since August, according to the UN.

During the meeting, Davutoglu expressed Turkey's readiness to offer every kind of support to help its neighbor overcome its ongoing financial crisis, sources said.