Gul at UN calls to ease isolation of Turkish Cypriots

President Gul said was determined to resolve differences with Greece on major issues in the Aegean based on mutual rights. 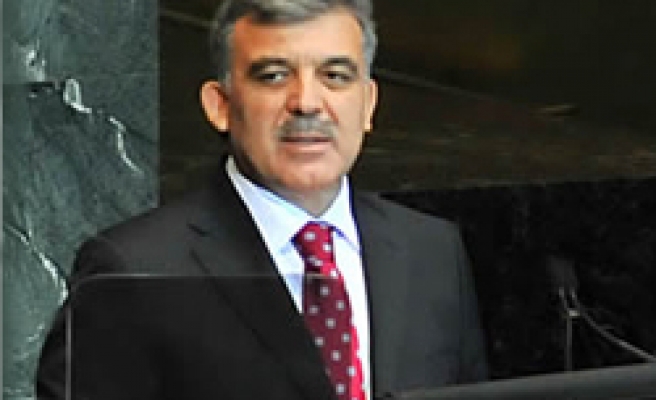 President Abdullah Gul said Turkey was determined to resolve differences with Greece on major issues in the Aegean based on mutual rights and legitimate interests expressing will to turn the Aegean to a sea of friendship and cooperation between the two countries.

In his address to the UN General Assembly meeting in New York on Thursday, Gul said 2010 has been a remarkable year in Turkish-Greek relations, underlining that the "High Level Cooperation Council" mechanism launched between the two countries this year paved the way for a promising new era.

Commenting on the Cyprus issue as well Gul said Turkey's long-standing commitment and full support to a just and lasting settlement remained unchanged. He said Turkey shared UN Secretary General's vision of a settlement until the end of this year.

He said a positive outcome in the ongoing peace talks in the island would rapidly transform the Eastern Mediterranean into a pillar of peace, stability, cooperation and welfare within the European Union.

Gul said it was unjust for Turkish Cypriots to suffer in the absence of a settlement though they were the ones who voted in favor of the Annan plan in the 2004 referendum.

"I would like to repeat the call made by the UN Secretary-General to the international community to take the necessary steps to eliminate the isolation of the Turkish Cypriots and to enable their integration with the world," Gul said.