Gul meets president as Turkey races to donate for Somalia 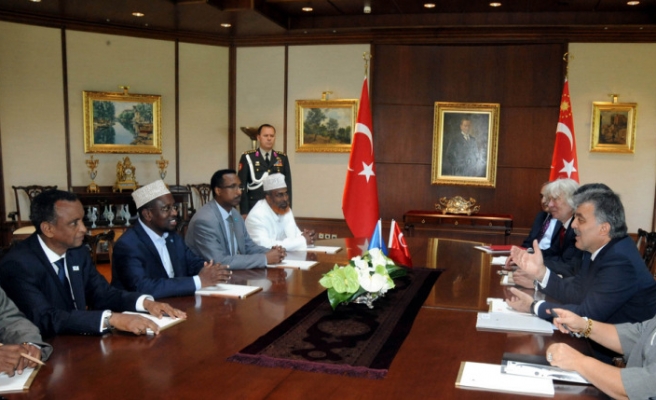 Referring to meeting of the Organization of the Islamic Cooperation (OIC) Executive Committee, which will discuss the disaster in Africa and Somalia, Gul said, "representatives and ministers of many countries will attend the meeting. I believe that the sufferings will be relieved with the contributions of the Islam world."

Speaking on private Kanal 24 TV channel, Babacan said that the donations collected for Africa in Turkey were meaningful but still much less than the needed amount.

In addition to financial donations, we will send wheat, sugar and tea to Africa, Babacan said.

Touching on the incidents in regional countries, Babacan said that those incidents had a negative impact on Turkey's exports and business activities.

These incidents also cause a hike in the prices of oil. Every 10 USD of increase in the price of oil increases Turkey's current account deficit by four billion USD, Babacan added.