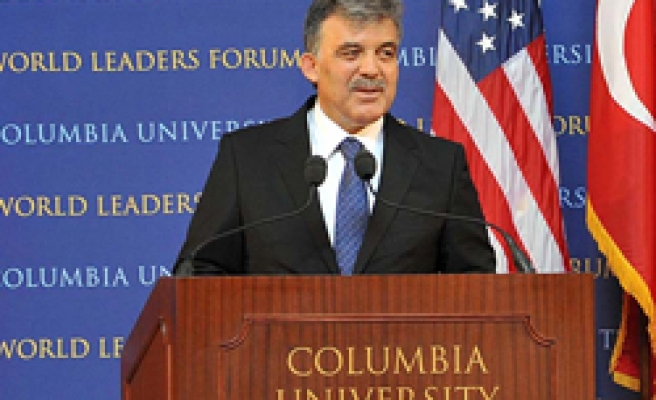 President Abdullah Gul said Turkey could not behave as if nothing had happened last May.

"We expect Israel to take necessary steps", Gul said during a meeting at the Council on Foreign Relations in New York.

Gul defined a report of the United Nations (UN) Human Right Council regarding the Israeli attack on the aid flotilla as a strong and legal framework.

"We also expect the inquiry commission to complete its investigation successfully," Gul said.

On Iran's nuclear program, Turkey wanted settlement of the problem through diplomatic means and defined the Tehran Declaration as a step that could help a peaceful solution.

Tehran will receive the enriched uranium from the Vienna Group, comprising of the United States, France, Russia and IAEA, in Turkey.

Gul said Turkey did not want nuclear weapons in its region, and Turkey's aim was to give a chance to diplomacy and keep diplomatic channels open.

Diplomacy and negotiations could pave the way for a permanent solution much more than harsh sanctions, he said.

Gul said Turkey would always be there for a diplomatic solution.

"If there are nuclear weapons in our region, it is more dangerous for Turkey than it is for the United States," he said.