Turkish President Gul said that Turkey was a very important and successful country and the world had begun realizing Turkey's importance. 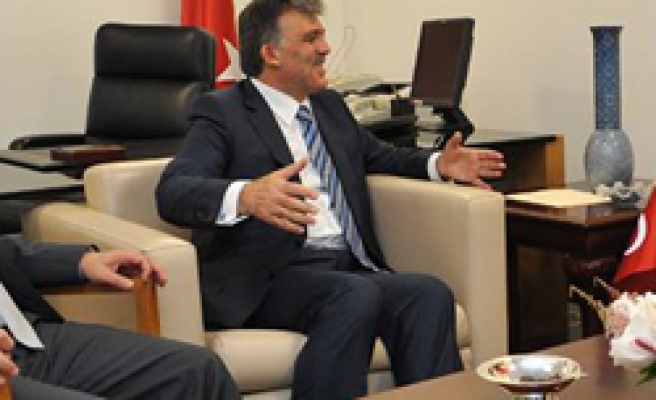 Turkish President Abdullah Gul said that Turkey was a very important and successful country and the world had begun realizing Turkey's importance.

President Gul, who is currently in New York to attend the UN General Assembly meetings, said in a televised interview with the state-run TRT TV Channel, "Turkey has grown by 11.7 percent in the first quarter and by 10.3 percent in the second.

"Annual average growth rate is nearly 7 percent. Turkey is a very important and successful country and the world has begun realizing Turkey's importance."

Referring to his meetings with the other leaders at the United Nations Headquarters, President Gul said, "yesterday, I chaired a meeting about the under-developed countries. Leaders of 49 under-developed countries gathered at the meeting. They all thanked Turkey for its assistance. According to the United Nations data, Turkey's annual humanitarian aid reached to 1.5 billion USD. We rushed to the assistance of people in Africa, Afghanistan, Pakistan and in the other parts of the world."

Replying to a question, Gul said that he had meetings with CEOs, director generals of leading companies. Gul said, "I told them that not only economy but also democratic standards and law standards have been developing in Turkey. Democratic reforms and economic reforms are improving hand in hand at the level of EU standards."

"The United States spent more than 1 trillion USD for the war in Iraq. With such an amount of money, different solutions could have been found for Iraq and Afghanistan," he said.

Asked whether he would meet with Israeli President Shimon Peres, President Gul said, "we do not have such a program. There is no enmity in Turkey-Israel relations. We do not have any hatred against Israeli people and Israeli state. But an incident happened and nine people were killed."

"The tragedy in Gaza is a matter of the whole world. There were people from 36 different countries in that flotilla carrying humanitarian aid to Gaza. Many of them were distinguished people including intellectuals, academicians and politicians. It is not a crime to organize an aid flotilla. On the contrary, it is a human value dignified by the Western world. All five permanent members of the UN Security Council and the European Union said that embargo in Gaza was inhuman. President Barack Obama and Secretary of State Hillary Clinton called on Israel to put an end to the embargo. Now, no one can expect Turkey to ignore an attack in the international waters."