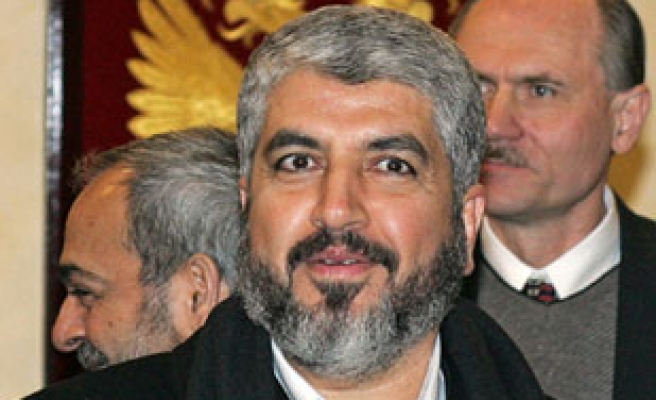 Meshaal briefed the top Turkish diplomat during a phone call on "Israeli violations against the Palestinians in the Gaza Strip and the West Bank", Hamas said in a statement.

According to the statement, Meshaal called on Turkey and the international community to act to stop Israeli assaults in the West Bank and lift the Israeli blockade on the Gaza Strip.

Tension has been high in the Gaza Strip and the West Bank since three Jewish settlers went missing in mid-June.

Israel accuses Hamas of kidnapping the trio and has since launched several attacks on the Hamas-controlled Gaza Strip and a massive detention campaign across the West Bank.

At least ten Palestinians have since been killed and hundreds arrested – including Hamas lawmakers and former ministers.

No group has thus far claimed responsibility for the settlers' disappearance.

Israeli Foreign Minister Avigdor Lieberman was quoted by Israel Radio on Sunday as calling on his government to consider the reoccupation of Gaza.

Khaled Meshal, leader of Hamas’ political bureau, made the request to Davutoglu during a phone call, the Palestinian organization said Monday in a statement.

Israel has conducted a number of military operations in the Palestinian territories following the suspected abduction of three Israeli teenagers on June 12 in Gush Etzion, an Israeli settlement in the West Bank.

The Israeli Parliament granted broad powers to the army following the alleged kidnapping and 585 Palestinians have since been detained.

During the call Meshal also called for an end to the Israeli embargo of Gaza, which has been in place since Hamas won power in the 2007 election.