Turkish Prime Minister Recep Tayyip Erdogan has said that those who inflicted repression on the people of Syria would not survive. 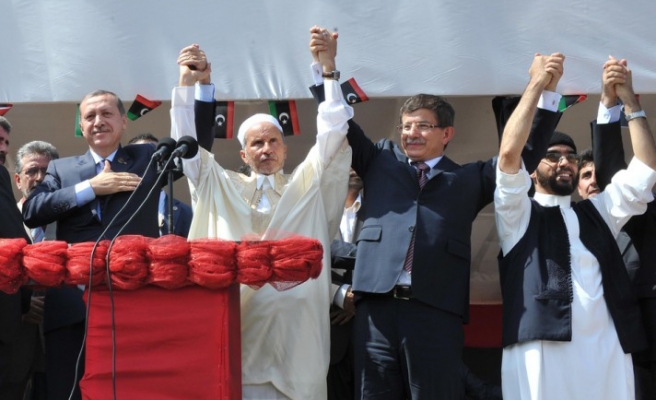 Turkish Prime Minister Recep Tayyip Erdogan has said that those who inflicted repression on the people of Syria would not survive.

Prime Minister Erdogan addressed a cheering Libyan crowd in the Martyrs' Square in Tripoli, the third stop of his historic tour of north African countries.

"It is a great enthusiasm and a great pleasure to me to see that Libyan people's struggle for freedom and democracy has concluded with victory," he said.

"You are the ones who showed the whole world that no administration can stand in the way of the might and will of the people. I am calling out to those in Sirte and those in Bani Walid to unite with each other. Because your unity will carry Libya to the level of the most developed countries," he said.

"I was in Tunisia yesterday and in Egypt the day before to greet those who started the 'Arab Spring'. Today, I am here with you. Do not forget that those in Syria who inflict repression on the people will not survive. Atrocity does not bring happiness to anyone. Now, autocratic and totalitarian regimes are over. It is the time of people's rule. I congratulate your struggle," he said.