Turkish medical staff will accompany the wounded Libyans during their trip from Benghazi to Istanbul, AFAD said. 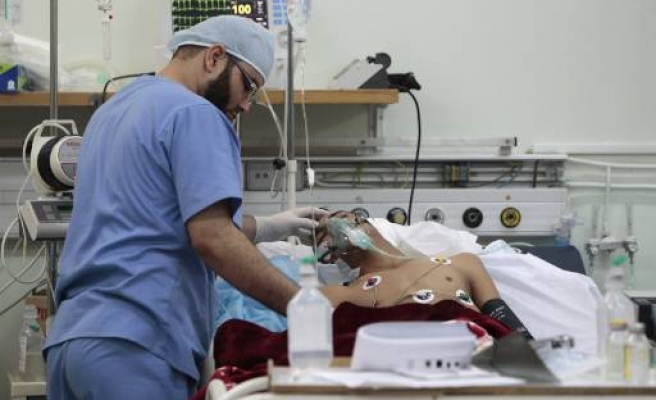 Dozens of Libyans, wounded in clashes in their county, will be brought to Turkey for treatment on Wednesday.

Turkish Prime Ministry Disaster & Emergency Management Directorate (AFAD) has said that 48 injured Libyans and their relatives would arrive in Istanbul this afternoon by a military cargo plane provided by the Turkish General Staff.

Turkish medical staff will accompany the wounded Libyans during their trip from Benghazi to Istanbul, AFAD said.

On Tuesday, Turkish health officials announced that Libyan citizens who had been injured in clashes with the Gaddafi forces would be treated in Istanbul.

Officials said most of the Libyan patients had gun shot wounds or burned parts.