Iran has proposed Turkey's and Brazil's participation in the negotiation process on its nuclear program in a letter it sent to IAEA, diplomatic sources reported. 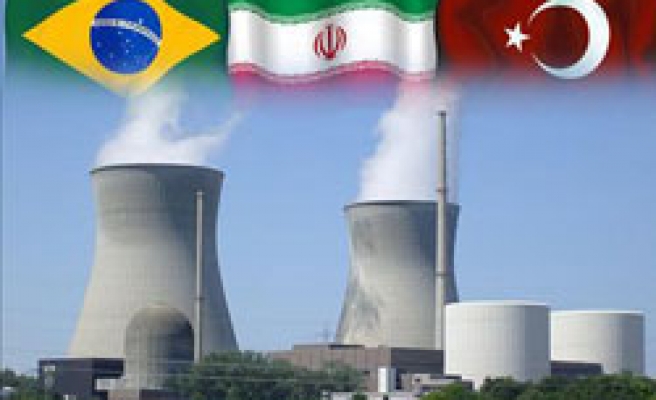 Iran has proposed Turkey's and Brazil's participation in the negotiation process on its nuclear program in a letter it sent to the International Atomic Energy Agency (IAEA), diplomatic sources reported on Thursday.

Speaking to AA on the content of Iran's latest letter to IAEA, diplomatic sources said Iran's proposal was just a "wish", adding that all relevant parties should express their approval for the implementation of such proposal.

"Iran stated in the letter that it was ready to hold talks with the Vienna Group regarding the uranium swap process, based on the Tehran agreement and without laying down any pre-conditions," officials said, adding that the country also demanded Turkey's and Brazil's joining the negotiation process as two states that are parties to the Tehran deal.

Turkey's and Brazil's participation in the process could be possible if members of the Vienna Group approved such suggestion, sources noted.

Diplomatic sources also said that Iran's letter was forwarded to the relevant parties, and in accordance with the reply to be received from them, a date would be determined for negotiations.

An early date might be scheduled for the talks due to Iran's expressing its readiness for negotiation without mentioning any pre-conditions, sources added.

Turkey, Brazil and Iran signed Tehran Agreement in May. Under the deal, Iran agreed to transfer 1,200 kg of low-enriched uranium to Turkey within a month and in return receive, within a year, 120 kg of 20 percent-enriched uranium to keep Tehran's medical research reactor running. But, the UN Security Council imposed a fourth round of sanctions on Iran in June. Brazil and Turkey voted against the sanctions.