Motaki said that his country would be ready to hold negotiations with world powers on its nuclear program in early September after the end of the holy month of Ramadan. 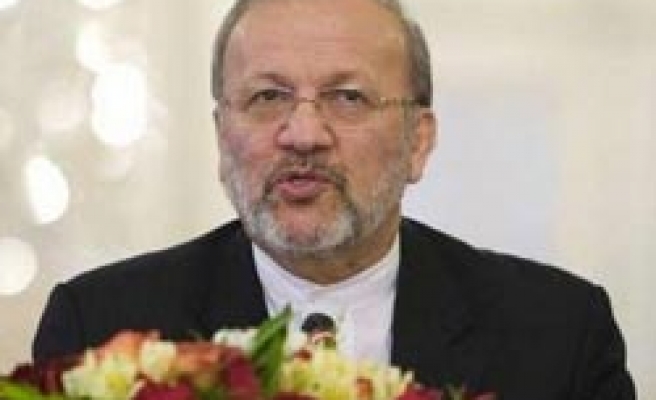 Iranian Foreign Minister Manuchehr Motaki said on Sunday that his country would be ready to hold negotiations with world powers on its nuclear program in early September after the end of the holy month of Ramadan.

Motaki appeared at a press conference in Istanbul following a tripartite meeting with Turkish Foreign Minister Ahmet Davutoglu and and Brazilian Foreign Minister Celso Amorim. It was their first meeting since the three signed the Tehran Agreement in May.

The Iranian foreign minister said that they wanted Turkey and Brazil to join the talks between Iran and Vienna Group.

He said that technical discussions could begin immediately in Vienna on the details of a proposed nuclear fuel swap and a second letter would be delivered to the International Atomic Energy Agency (IAEA) on Monday.

He said that the Tehran declaration was still at negotiation table. We hope that the European Union would acknowledge the Tehran Agreement at Monday's gathering of foreign ministers, he said.

Earlier, Turkish Foreign Minister Ahmet Davutoglu said that the Iranian party had confirmed Iran was ready to start negotiations with Catherine Ashton, the EU foreign affairs chief as the representative of the P5+1 (five permanent members of the U.N. Security Council, the United States, Russia, China, Britain and France, as well as Germany).

Turkey, Brazil and Iran signed the Tehran Agreement in May. Under the deal, Iran agreed to transfer 1,200 kg of low-enriched uranium to Turkey within a month and in return receive, within a year, 120 kg of 20 percent-enriched uranium to keep Tehran's medical research reactor running. But, the UN Security Council imposed a fourth round of sanctions on Iran in June. Brazil and Turkey voted against the sanctions.