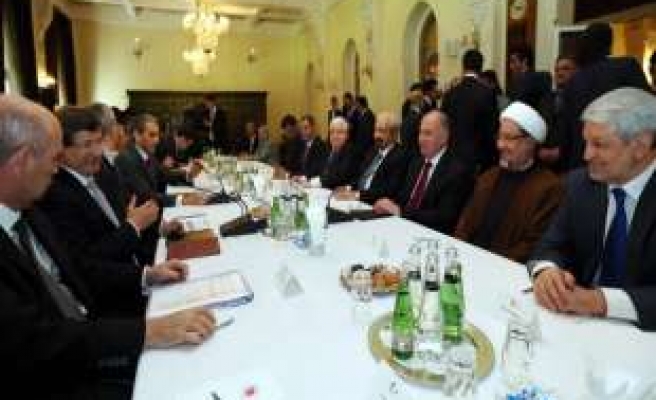 Iraqi National Assembly Kirkuk MP and Chair of the Turkey-Iraq Friendship Association Jale Neftci spoke to Anadolu Agency concerning their Turkey visit by saying that they had come to Turkey upon the demand of Iraqi PM Maliki to recover relations with Turkey.

Neftci stated that both sides have a strong will to recover relations since chilled relations benefit neither Turkey nor Iraq.

Neftci also stated that the request to recover relations between the two countries had been welcomed by Turkish PM Erdogan, Foreign Minister Davutoglu and Speaker of the Turkish Parliament Cemil Cicek.

Expressing that the Iraqi delegation had addressed the deepening Syrian crisis with Turkish officials, Neftci said, “the Syrian crisis affects the whole region including Iran, Turkey, Iraq and Saudi Arabia.”

Neftci also reported that the Iraqi delegation would visit Iran and Saudi Arabia regarding a common political solution for the Syrian crisis.

Stating that Iraq is against a military intervention in Syria, Neftci went on to say, “Iraq has always been in favor of a peaceful solution for any problem erupting in the region, but the US and some European countries seem too insistent on a military operation. We told the Turkish officials that in the case of any military operation in Syria, Iraq will be adversely affected.”

Khalit al-Atiyyah, Group Chairman of the State of Law Coalition, a Shiite coalition led by Maliki, described the main aim of the Turkey visit as being the reinforcement of cooperation and brotherly ties between the two states.

Atiyye said that they had conveyed Iraq's solution for the Syrian crisis, and had listened to Turkey's solution and perspective concerning Syria, requesting that Turkey support the Iraqi solution plan submitted to the Arab League.

"The peaceful solution of the Syrian crisis will help Syrians to achieve democracy and get rid of the dictator," said Atiyyah.