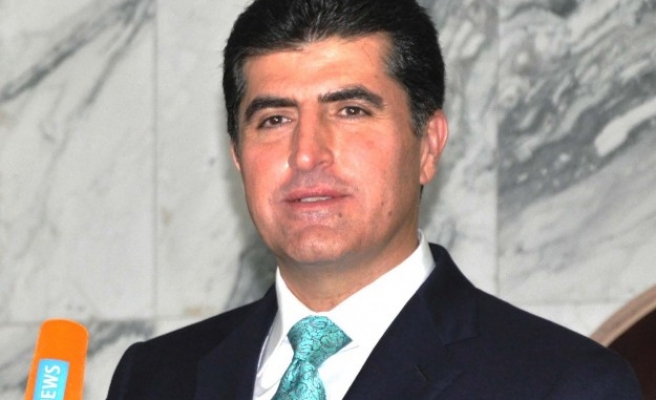 Turkey has not supported the ISIL against Kurds and the Kurdish regional government in Iraq, said the head of the autonomous region, Nechirvan Barzani.

"Turkey certainly did not support ISIL against Kurds or the Kurdish government," Barzani said during a press conference in the Dohuk governate, located in the north of Iraq.

"We believe that it is a slander. Turkey is our important neighbor and always helped the Kurdish region," he added

Barzani welcomed the release of nearly 49 Turkish hostages held by ISIL militants in Iraq since June, noting that the Kurdish region did not have a role in the release of the Turkish Consulate staff."

In total, 49 hostages – 46 Turkish nationals, including diplomats, consular officials and their families, and three Iraqis - were kidnapped from the Mosul consulate on June 11 by ISIL militants as they took control of Iraq's second-largest city. They have been rescued and returned to Turkey on Saturday morning.

He also said the Kurdish government in Iraq was concerned about the situation in northern Syria but had not sent peshmerga forces in the city of Kobani where Kurds are suffering from attacks by the ISIL militants.

"We did not send peshmerga to Kobani. If necessary, we will send them. We will consider this seriously; however, there are geographical obstacles ahead of us," he added.

The ISIL, which already controls parts of Syria, has extended its reach into Iraq since June 10, when it seized Iraq's second-largest city Mosul. Violence conducted by ISIL claimed more than 1,400 lives in Iraq, and caused 1.2 million Iraqis, including Turkmen, Arabs, Christians and Ezidis, to flee their homes.

Turkey is our partner and we depend on it, a Minister of Iraqi Kurdish Regional Government said on Friday in the Blue Peace for the Middle East Forum in Istanbul.

Abdul-Sattar Qadir said that "as far as our mutual interest exists and continues, Turkey is our partner and we depend on it."

Qadir speaking to the Anadolu Agency said the priority in trade between Turkey and the KRG is a joint and shared interest, and the current main source of income for the economy is to sell oil to international markets.

"Because Turkey now is the main source that we can depend on, Turkey is also benefiting. Our relationship is now at a very high level," he said. So far we have political agreement and protocols with the Turkish government in place at a very high level.

Qadir stressed the reliability of Turkey as currently there is no conflict nor can he see any future potential conflict with the Turkish government.

"The oil issue in Kurdish region is very significant both economically and politically. It is a very critical issue for the development of the economy of the country. However, it is our policy in the current cabinet to diversify from solely being dependent on oil, and we hope that in the future oil is not the only source of revenue for the economy," Qadir said adding that in terms of oil they were very very rich.