The Turkish Interior Ministry issued the residence permit to Hashemi so that he would not face legal troubles for staying illegally in Turkey, the Milliyet daily reported. 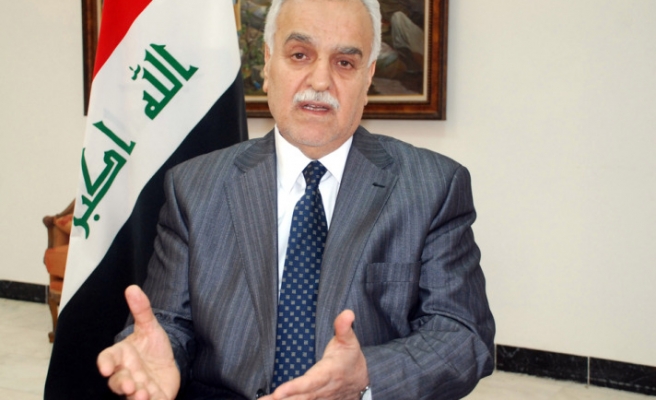 Iraqi Vice President Tariq al-Hashemi, sought by Interpol on terrorism charges, has been given a residence permit in Turkey after his 90-day visa expired, a news report said on Monday.

Hashemi faces charges of charges of terrorism as well as running and financing death squads that targeted government officials, security forces and Shiite pilgrims in an ongoing trial in Iraq. In May, Interpol issued a red notice for the Sunni politician, meaning he has been placed on its most-wanted list, at the behest of the Shiite-dominated government in Baghdad.

Hashemi denies the charges, saying they are politically motivated. The Turkish government, which has been hosting Hashemi since April, has indicated that it has no intention of turning the Sunni leader over to Iraqi authorities.

The Turkish Interior Ministry issued the residence permit to Hashemi so that he would not face legal troubles for staying illegally in Turkey, the Milliyet daily reported.

Hashemi left Iraq shortly after charges were filed against him in December. He first took refuge in Iraq's semi-autonomous Kurdish region and then visited Saudi Arabia and Qatar before finally arriving in Turkey on April 9. He is believed to reside in a house in Başakşehir, an İstanbul suburb, under special protection by Turkish security agents.

Turkish support for Hashemi has further strained relations between Turkey and Iraq's Shiite-led government. Prime Minister Recep Tayyip Erdoğan has traded tit-for-tat criticism and accusations with his Iraqi counterpart, Nouri al-Maliki, several times this year. Erdoğan in May accused Maliki of fanning tensions between Shiite Muslims, Sunni Muslims and Kurds in Iraq through “self-centered” behavior. Maliki quickly responded that Turkey was becoming a “hostile state” with a sectarian agenda, saying it was meddling in Iraqi affairs and trying to establish regional “hegemony.”