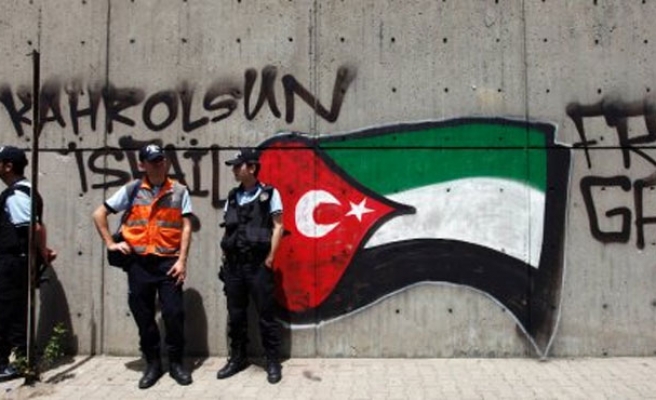 Israel on Wednesday accused a senior Turkish official of "misusing" a Holocaust commemoration to criticise Israeli policy, the latest exchange in a bitter row between the former allies.

Turkish Parliamentary Speaker Cemil Cicek late on Wednesday addressed members of Turkey's tiny Jewish community and others at a Holocaust Memorial Day event and said rising anti-Semitism was linked to the Israeli-Palestinian conflict.

"As we remember the pain of the past, no one can ignore the last attacks on Gaza, in which 2,000 innocent children, women were massacred. We need to see the picture as a whole," Cicek said, referring to Israel's war in July with Hamas-ruled Gaza.

Emmanuel Nahshon, spokesman at the Israeli Foreign Ministry, told Reuters that Cicek "unjustly and harshly criticised (Israel) at a moment that is absolutely inappropriate."

"Israel expresses its disappointment that a solemn event of an international nature dedicated to the memory of the Holocaust victims was misused in order to criticize Israeli policies," Nahshon said.

Cicek's appearance at the event marked the first time a high-ranking Turkish government official attended a Holocaust Memorial Day event. This year, ceremonies took place across Europe to mark 70 years since the liberation of the Auschwitz concentration camp from the Nazis.

Relations between Israel and Turkey ruptured in 2010, when Israeli soldiers killed nine Turks travelling in a Turkish-led humanitarian aid convoy attempting to break a blockade of Gaza.

Earlier this month Turkish Prime Minister Ahmet Davutoglu likened his Israeli counterpart Benjamin Netanyahu to the Islamist militants who killed 17 people in Paris, saying both had committed crimes against humanity.

The government has said its criticism of Israel is not aimed at Turkish Jews, 17,000 of whom remain in Turkey, descendants of those who fled the Spanish Inquisition a half-millennia ago, but the community says it fears that anti-Semitism in the Turkish press and by political leaders puts it at risk.