Tensions are high awaiting a report from the UN on the flotilla incident that is scheduled to be published this week, though some speculate it may be delayed again. 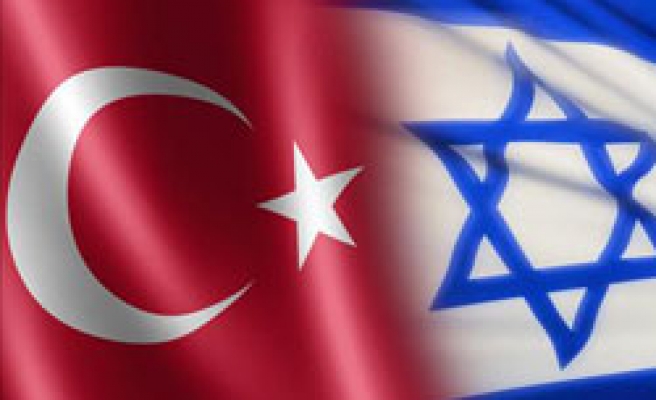 Turkey is pondering its options against Israel after its refusal to apologize for the Gaza flotilla raid.

Tensions are high awaiting a report from the UN on the flotilla incident that is scheduled to be published this week, though some speculate it may be delayed again.

Turkish-Israeli relations deteriorated sharply after the Gaza flotilla raid in 2010 and Ankara has declared that a recovery of relations depends on a formal Israeli apology for the flotilla raid on May 31, 2010 that killed eight Turks and one Turkish-American. Turkey also demanded compensation for the victims' relatives and a lift of the blockade on Gaza as conditions for normalizing its now heavily strained relations with Israel.

Prime Minister Recep Tayyip Erdoğan stated on July 23 that Turkey now intends to move on to "Plan B," which will include a campaign against Israel to be carried out at UN institutions, legal action against senior Israeli figures in European courts, and military cooperation between Turkey and Israel being put on hold.

Foreign Minister Ahmet Davutoğlu warned Israel while on a trip to South Africa that relations between Turkey and Israel would only worsen if an apology was not forthcoming following the release of the Palmer report. He declared, "Relations will not remain as they are now. They will deteriorate even more, as the current situation cannot be sustained."

The US is also not pleased with the deteriorated relationship between Israel and Turkey, and the Obama administration has been keen to see Israel and Turkey repair relations. The UN report was repeatedly delayed to allow Israel and Turkey to try to mend their fences. There are major questions over the next step to be taken.

Turkey's Association of Human Rights and Solidarity for Oppressed Peoples (MAZLUM-DER) has expressed concern over the actions of the Israeli government. "We are disappointed that this issue was not solved amicably; the international process continues on," stated the head of MAZLUM-DER, Ahmet Faruk Ünsal.

Turkish human rights activists -- along with representatives of the victims' relatives -- filed a case against Israel with the International Criminal Court (ICC) in Lahey, Netherlands, in October 2010. "The people's reactions have been strong and the relatives of the victims have expressed concern. We need to speed up the process in the international arena and we will support the actions of our government," stated Ünsal.

Ünsal called for an increase in the petitions to Turkish courts. "We also have to use our courts here in Turkey and not just the international courts. We have already filed petitions here in the Turkish courts but this is not enough. We need to increase the pressure for justice to be served. The events in Mavi Marmara were a massacre."

"We should not be surprised by the non-apology by Israel; this is the historical foreign policy of the State of Israel," Mehmet Seyfettin Erol , a professor of international relations at the Ankara-based Gazi University, told Cihan news agency. Erol criticized the missed opportunity by Israel, saying, "In the wake of the Arab Spring and the deterioration of Turkey's relationship with Syria, Israel could have used this opportunity to start a new relationship with Turkey."

The recent increase in tensions between Israel and Egypt has showcased the non-apology to Turkey as not a stand-alone case but as a part of Israeli foreign policy. This policy will lead to "Israel isolating itself from all its Mideast allies" as some in Israel warned over the weekend.

The killing of five Egyptian policemen by Israel near the Israeli border has escalated tensions between those two countries as well, and the Egyptian government also demanded an apology. Israel offered its regret but failed to apologize.

Erol stated, "Israel will not apologize [to Turkey] as the Egyptian case has shown. Once Israel apologizes, it will diminish the maneuverability of Israel to conduct future armed raids ... Israel has its own law that it follows and they consider their laws above the international laws."

The recent talk in diplomatic circles is in regards to "diplomatic crisis control," added Erol. "The relationship between Turkey and Israel has deteriorated somewhat on [the] surface, but deep underneath there really is no change in the relationship. Economically, we have seen some decrease in tourism, but the red lines have not been crossed and the US will not let two of its most important allies in the Middle East cross that [those] line[s]."