“An agreement had been reached. The word ‘apology' was also present in the text,” Israeli Ministry of Foreign Affairs spokesperson Yigal Palmor has said. 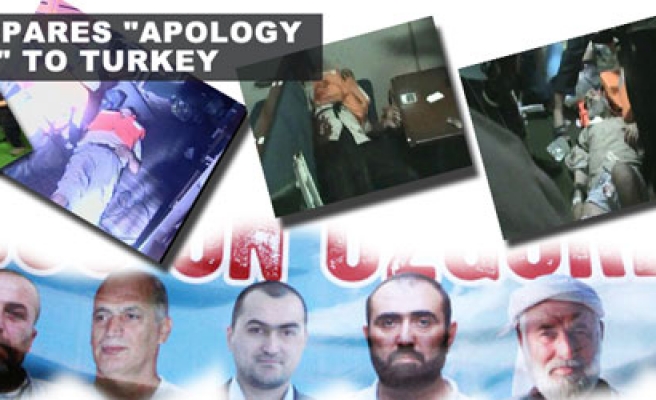 Israel has, for the first time, officially announced it is prepared to apologize to Turkey for the Mavi Marmara incident, Cihan news agency said.

“An agreement had been reached. The word ‘apology' was also present in the text,” Israeli Ministry of Foreign Affairs spokesperson Yigal Palmor has said, maintaining that Turkey's demand that the Gaza blockade be lifted is what has prevented the two sides from reaching an agreement.

Another reason an agreement has failed to materialize is because Turkey has not offered any guarantee that it would prevent further lawsuits stemming from the Mavi Marmara attack from being filed against the Israelis by private persons in the future, the spokesperson added.

Turkey and Israel were close to an agreement following the tragic incident, in which eight Turks and a Turkish-American, all civilians, were killed by Israeli soldiers who, in international waters in 2010, raided the Mavi Marmara ship as it was headed for the Gaza Strip carrying humanitarian aid.

The text of the agreement had said something to the effect that if, following possible "operational mistakes", "unintentional damag"e was inflicted and "unintentional loss of life" occurred, then Israel apologies. So, although Israel had agreed to pay reparations to the victims' families, the term apology had been inserted in the text in such a way that it would not suggest any direct legal responsibility on Israel's behalf regarding the deaths.

The spokesperson noted that the word “if” was included to indicate that if something wrong had happened, it was not a direct result of Israeli policy but the unintended result of an operational mistake. “And the apology was included. That was the formula agreed,” he said, speaking last weekend to a group of Turkish journalists in Jerusalem. “If you think that Israel will say ‘yes, we have killed Turkish citizens,' no, that is impossible. The words that you use have legal and political consequences,” Palmor added.