Israel to send four more drones to Turkey in Aug 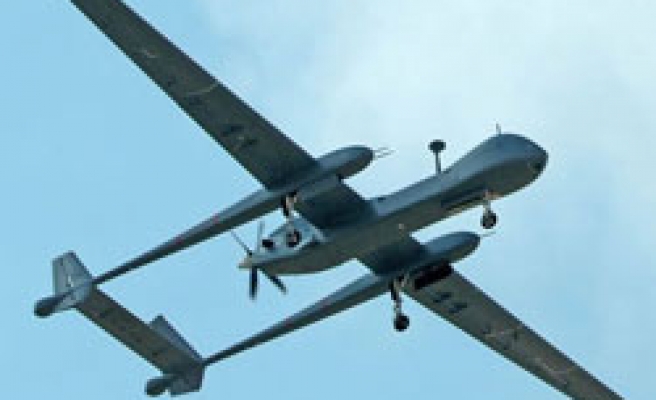 The delivery of four Heron type unmanned surveillance planes, the remaining lot in a $180 million deal for 10 Israeli drones for the Turkish armed forces, is scheduled for early August, military sources said on Wednesday.

Turkish-Israeli relations strained after Israel's raid on the Gaza-bound convoy which was carrying humanitarian aid and hundreds of activists from 33 countries. Turkey recalled its ambassador to Israel after the raid that took place in the international waters.

Turkey put four conditions to Israel, including "apology" and compensation for victims' family which Jewish State refused to fulfill.

Nine people, including eight Turkish and one U.S. citizen of Turkish descent, died when Israeli forces raided a Gaza-bound aid flotilla on May 31.Around 30 people were wounded in the attack.

But a group of Turkish military personnel returned to Turkey after concluding talks and preparations in Israel for the shipment of the remaining drones.

The drones are set to arrive in the southeastern province of Batman on August 1 or 2 together with associated ground control systems and support equipments.

A team of six Israeli experts has arrived in Turkey for the maintenance of the UAVs which is set to be followed by another large group of Israeli military personnel, set to arrive in the first week of August.

Turkey received the first six-drone lot in February this year as the country earlier announced that its first indigenous UAVs, popularly known as the Anka (or the Phoenix) have made maiden flight as sources say the Turkish-made drones would remarkably reduce dependence on foreign technology.