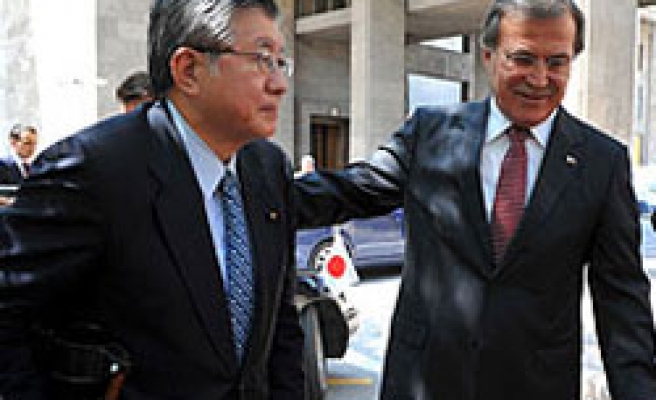 Delivering a speech in the meeting, Sahin said that the two countries had several similar characteristics.

Japan attracted great attention in the world with its achievements in the areas of industry, economy and culture as well as contributed to world peace, Sahin said.

Economic ties between the two countries improved especially in the recent period despite geographical distance, he said.

Yokomichi said that political and cultural ties between the two countries have boosted in the recent years, but Turkey and Japan should exert efforts to boost economic relations.

The two countries should also boost cooperation in several issues such as the peace process in Middle East, Iran's nuclear program, settlement of peace in Afghanistan, he said.

Yokomichi said they appreciated Turkey's efforts regarding Iran's nuclear program and hoped that those efforts would yield favorable results.

Yokomichi said they hoped that Israel-Palestine conflict would be solved through peaceful ways.