Libyan MP Ibrahim Omaish denied reports that said that the House of Representatives decided to recall the envoy in protest of remarks by Turkish President Recep Tayyip Erdogan on which city should be hosting the sessions of the recently-elected Libyan parliament. 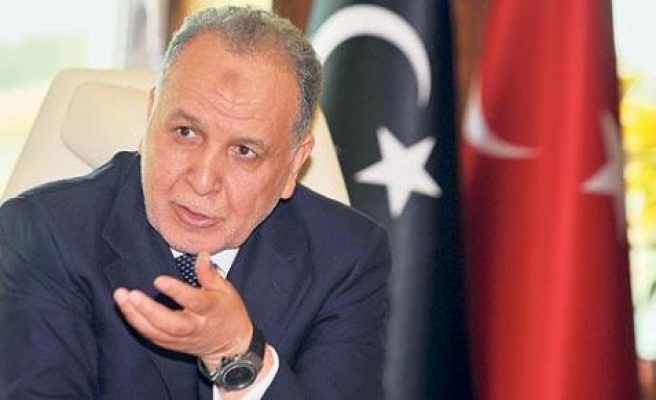 A Libyan lawmaker denied Tuesday that the recently-elected parliament decided to recall the country's ambassador to Turkey, Abdurrazaq Mukhtar Ahmed Abdulgader, over a diplomatic spat about the location of the parliament.

"Such reports are baseless. Recalling the Libyan ambassador was a proposal tabled by a lawmaker but it has never been put to debate," MP Ibrahim Omaish told Anadolu Agency on Tuesday.

Some local media outlets said that the House of Representatives decided to recall the envoy in protest of remarks by Turkish President Recep Tayyip Erdogan on which city should be hosting the sessions of the recently-elected Libyan parliament.

On Sunday, Libya's Foreign Ministry criticized Erdogan's statements, , in which he criticized the convening of the parliament in Tobruk as "unacceptable," calling the remarks "interference" in Libya's domestic affairs.

It went on to say that Erdogan himself had phoned newly-elected Libyan parliament speaker Aguila Salah Issa last month to congratulate him for the convening of the parliament in Tobruk.

In reply, Tanju Bilgic, a spokesman for the Turkish Foreign Ministry, said: "The questioning of Mr President's sincerity and feelings towards our Libyan brothers is, in the lightest way possible, totally unfair and unacceptable."

Bilgic said Turkey supported Libya’s 2011 revolution and the reconstruction of the country.

"It is well known that Turkey's statements up-to-now always pursued the will of Libyan people to stop the bloodshed in the country," he added.

Libya's new parliament recently assumed legislative authority from the General National Congress, the mandate of which expired earlier this year.

However, the outgoing General National Congress reconvened last week, citing a decision by Libyan lawmakers to meet in Tobruk and saying the move contradicts with the country's charter stating that the parliament should be based in Benghazi.

Yet, most of the current parliament's members defended the move, citing the deteriorating security situation in Benghazi, the country's second largest city.

As many as 158 lawmakers attended the new parliament's opening session last month, out of 188 members who managed to win the parliamentary elections held on June 25. Some 12 parliamentary seats remain vacant because of Libya's deteriorating security conditions.

Libya has been plagued by heavy fighting between a loosely organized army and militias that clung to their weapons following a bloody uprising that ended the autocracy of long-serving ruler Muammar Gaddafi in 2011.