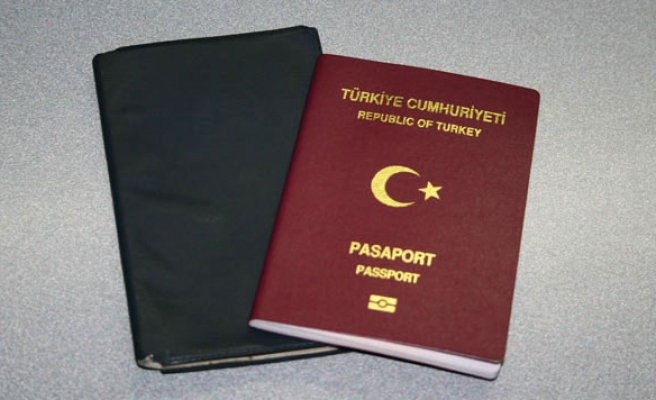 Speaking in Istanbul on Thursday, Luxembourg Deputy Prime Minister and Minister of Economy Etienne Schneider said the visa exemption issue would be one of his country’s priorities during its presidency term.

Schneider added: “We want to the solve visa problems of Turkey. We don’t understand why some countries are blocking this.”

Accompanying a business delegation from automotive, space and ICT companies, Schneider said he wanted to see improved trade between the two countries.

“Imports and exports between both countries are still limited; we can do better,” Schneider told The Anadolu Agency, describing Turkey as a “fast-growing country” with a large consumer market.

He was talking after a conference organized by the Luxembourg Embassy, Economy Ministry and Sabanci University in Istanbul.

The Luxembourg-Turkish Business Council was founded in 2014 between the Chamber of Commerce of Luxembourg and Turkey's Foreign Economic Relations Board or DEIK. A Joint Economic and Trade Commission was founded in 2013. The two countries signed a second protocol in November 2014.

In regards to Turkey’s bid for EU membership Schneider said: “Turkey is very motivated and has done a lot in the last years in order to become a member of the European Union… We are really supporting it to become a member.”

Turkey applied for EU membership in 1987 and accession talks began in 2005. To gain membership Turkey must also successfully conclude negotiations with the EU in 35 policy chapters, which involve reforms and the adoption of European standards.

Luxembourg will hold the EU presidency in the second half of this year.

Turkey’s Economy Minister Nihat Zeybekci, speaking last year in Luxembourg, said: “Turkey does not have a visa problem with the EU. But the EU has a visa problem with Turkey. We permit all EU citizens to cross Turkey borders, in and out. The EU is the one which imposes restrictions.”