Haris Silajdzic, chairman of Bosnia-Herzegovina's tripartite presidency, said that the policy which Turkey pursued in Balkans was very positive. 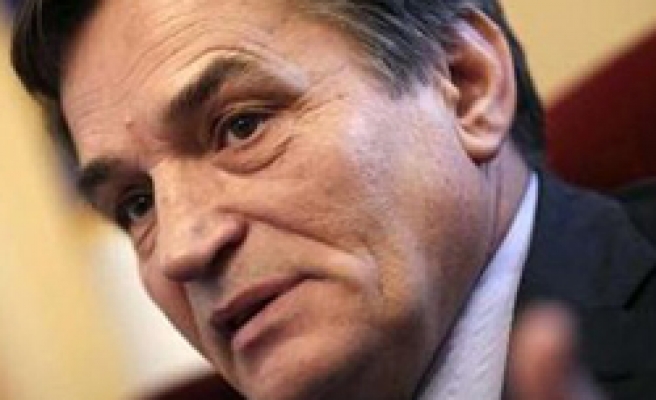 Haris Silajdzic, chairman of Bosnia-Herzegovina's tripartite presidency, said that the policy which Turkey pursued in Balkans was very positive.

Speaking to A.A on Friday, Silajdzic said that he knew that many people in Europe also had positive thoughts about Turkey's new role in Balkans and Southeastern Europe.

Noting that the formal visit which Turkish President Abdullah Gul would pay in Bosnia-Herzegovina on September 2 and 3 was very important, Slajdzic said that they would discuss all the matters which would be for the interest of both countries.

The role of Turkish government in this issue is very great, added Slajdzic, and said that this role created a new milieu and new relations in the region where all these countries were neighbors.

Slajdzic said that he was pleased with the role of Turkish Foreign Minister Ahmet Davutoglu not only in Bosnia-Herzegovina but also in the whole world.

He said that this modern policy of Turkish Prime Minister Recep Tayyip Erdogan was very successful, adding that Turkey's policy towards Bosnia-Herzegovina was to strengthen stability, peace, economy and politics.