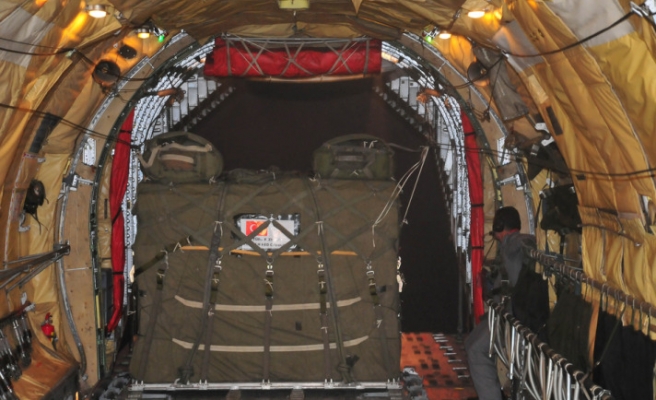 Turkey's foreign minister said on Saturday that Turkey had launched an initiative to meet food and water need of Libya.

"We have learned that Libyan people are in need of water and food due to ongoing clashes," Davutoglu told a press conference in the central province of Konya.

Davutoglu said Turkey would continue to support Libya, and initiatives had been launched to hoist Libyan flag at the United Nations (UN) and to enable representation of the National Transition Council (NTC) at the UN General Assembly.

"We hope the Libyan flag will be hoisted at the UN headquarters with a decision made at the UN Committee," Davutoglu also said.

"We have learned that almost 10,000 people were stranded in Bani Walid region, and they need urgent food," AFAD statement said.

The statement said Turkey then sent the food stuff to Libya, and the aid would be parachuted in Bani Walid city since there was not any airport there.

In its statement, AFAD also said Turkey would continue to extend humanitarian aid in case of any need.