During Turkish Deputy PM Bozdag's Moldova visit, Leanca requested the sword of their national hero Stefan Cel Mare- currently in Istanbul's Topkapi Palace- to exhibit for a short while in Moldova 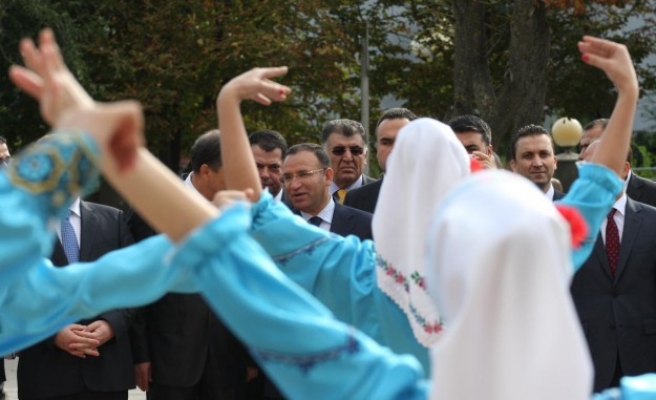 During the visit of Turkish Deputy Prime Minister Bekir Bozdag in Moldova, Moldovan Prime Minister Iurie Leanca requested the sword of their national hero Stefan Cel Mare for a short while - which is currently in Topkapi Palace Museum in Turkey's Istanbul- to exhibit in Moldova.

As part of his official visit to Moldovan capital Chisinau, Deputy Premier Bozdag met on Sunday Moldovan PM Leanca in the Autonomous Territorial Unit of Gagauzia (Gokoguz Yeri), the home of the Turkic tribe Gokoguz-Gagauz Turks.

Bozdag stated that the Moldovan Premier asked for the original sword during their closed meeting, which he previously requested also from Turkish Prime Minister Recep Tayyip Erdogan but recieved a replica of it.

"We told him that we would extend his demand to Turkish Premier," he said.

Referring to the sword which was handed over by Stefan Cel Mare to the Ottoman Empire, Bozdag added that "The sword is of historical importance for them, which belongs to a commander they respect and value."