Turkish State Minister has completed talks with ethnic Turks living in the Kardzhali as part of a three-day trip to Bulgaria. 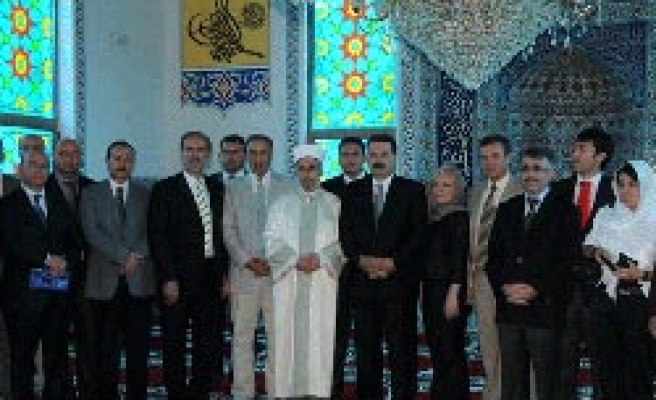 Turkish State Minister Faruk Celik has proceed from Kardzhali province of Bulgaria to capital province of Sofia on Monday after completing talks with ethnic Turks living in the region as part of a three-day trip to Bulgaria.

Minister Celik began his talks in Sofia by meeting the Bulgarian Prime Minister Boyko Borissov and Culture Minister Vezhdi Rashidov who is the only member of the Bulgarian cabinet with Turkish roots.

I have discussed with both Mr. Borissov and Mr. Rashidov Turkish-Bulgarian relations.

Prime Minister Borissov assured me that the mentalities of pre-1989 period will not be reflected on to the new term in Bulgaria, Celik said.

We have told the Bulgarian authorities that Turkey pays high attention to the treatment of Bulgarian citizens of Turkish origin as first class citizens and that we expect the same sensitivity from Bulgaria, Celik stressed.

During my talks with Borissov, I have discussed the problem of the Head Mufti in Bulgaria. Borissov told me that this issue would be resolved in a democratic manner, Celik said.

Speaking to reporters following his meeting with Celik, Prime Minister Borissov argued that the Bulgarian state would never interfere in the religious life of Muslims living in Bulgaria.

I hope that the Muslims in Bulgaria will find a solution to the issue of the Head Mufti on their own, Borissov underlined.

Bulgaria fired the Grand Mufti who elected by Muslims and appointed comunist era imam who was criticised by Muslims during “oppression period”.

Bulgarian Turks were forced to leave the country during the so-called "revival process" at the end of the 80s. A "revival process" launched by the late communist dictator Todor Zhivkov to forcibly assimilate Muslims culminated with a campaign to force them to change their names, and the exodus of over 300,000 ethnic Turks to neighbouring Turkey in 1989.

Bulgarian Culture Minister Rashidov told Minister Celik that the Bulgarian state television may broadcast Turkish programs for up to two hours daily from the present 10 minutes per day.

Minister Celik will return to Turkey on Tuesday morning. He will attend a dinner to be hosted in his honor by the Chamber of Industry of Turkish-Bulgarian Businesspeople in Sofia prior to departing from Sofia.