Chairman of the U.S. military chief Mullen said that he did not come to Turkey to discuss shipping of heavy equipment or weapons in Iraq through Turkish soil. 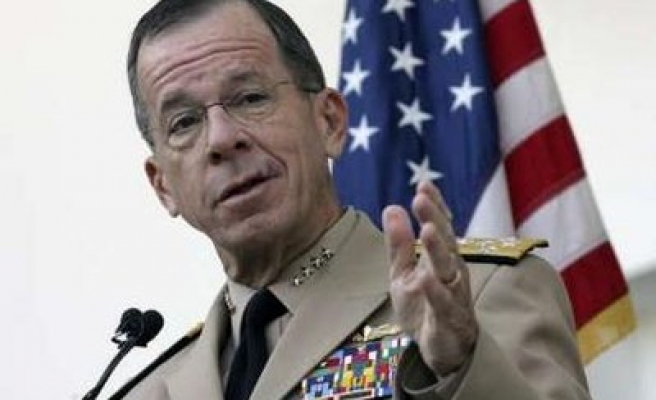 U.S. military chief, who is recently in Turkey, said that neither U.S. demand on transfer of heavy equipment in Iraq and nor pressure for more Turkish role in U.S. war in Afghanistan were in his agenda.

Chairman of the U.S. Joint Chiefs Adm. Michael Mullen said on Saturday that he did not come to Turkey to discuss shipping of heavy equipment or weapons through Turkish soil while withdrawing from Iraq.

Admiral Mullen told a news conference at the U.S. Embassy Building in Ankara that they never passed weapons through Turkey, noting they did not have any intention to do this.

Commenting on his visit to Turkey, Admiral Mullen said the United States uses Turkey's infrastructure for the entrance and exit of the teams in areas of operation and relies on Turkey.

Admiral Mullen said other news reports apart from this were baseless and wrong.

"No demand for Afghanistan"

Mullen said that he did not come to Turkey to ask the country to do more in Afghanistan.

"I did not come here to press Turkey to do more in Afghanistan," he said.

Admiral Mullen said he had spent most of his time during his visit with Turkey's new Chief of General Staff Gen. Isik Kosaner.

Wishing success to Gen. Kosaner for his new post, Admiral Mullen said he wanted to underline the commitment of the U.S. armed forces to continue and further strengthen "our already close working relationship."

Mullen said he wanted to thank to Gen. Kosaner for leadership of the Turkish Armed Forces in restoring stability and security in all NATO missions.

Stating he came to Turkey directly from Kabul, Admiral Mullen said Turkey's contributions were noticeable and appreciated by them.

Mullen said he definitely did not come to question or rebut Turkey's decision not to support the sanctions that were put to vote by the United Nations against Iran.