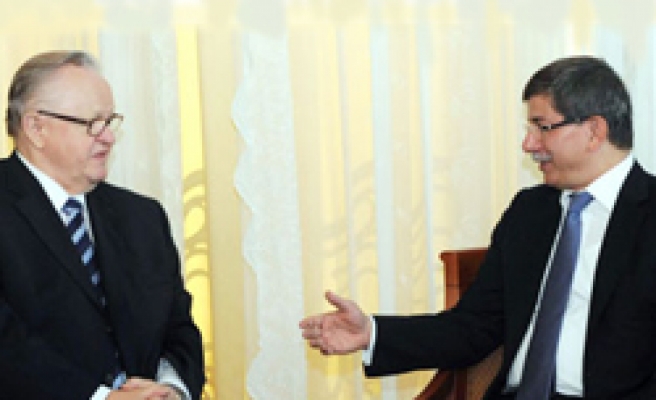 Turkey and Finland established on Friday a group named "Friends of Peace Mediators".

"We will try to establish an institutional network to create a new mediation culture," Davutoglu told a joint press conference with Stubb.

Stubb, in his part, said the friendship group would meet regularly and it would present a draft to strengthen UN's mediation role.

The Finnish minister defined Turkey as one of the most influential countries in the world, and said in his opinion, Turkey was more influential in world politics than many European Union (EU) member states.

Stubb said Turkey had active mediation roles in the Middle East, Africa, the Persian Gulf, and the Balkans.

Turkey had a close and strategic relationship with the United States, he said.

Therefore, it was important to have such a country beside themselves, the minister also said.

The second meeting of the group will take place either in Istanbul, Turkey or Helsinki, Finland within six months. The group will meet again in New York next year.