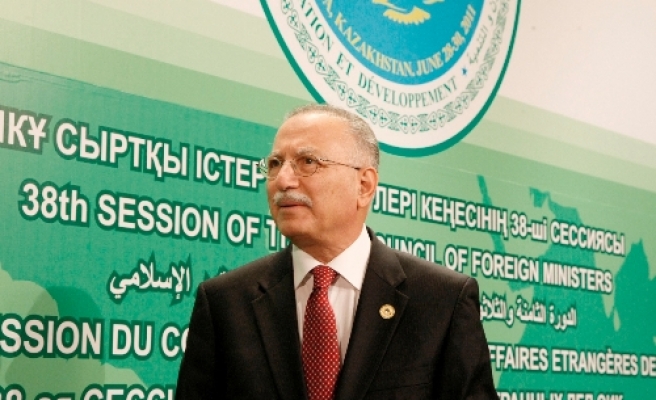 The Secretary-General of the Organization of the Islamic Cooperation (OIC) has extended his support to Turkey's statement about its relations with Israel.

"The international community should put more pressure on Israel for lifting of the illegal blockade on Palestinian civilians in Gaza," he said and expressed his disappointment over the recent UN report on Israeli forces' raid on the aid flotilla.

"We will not accept any report that tries to justify the blockade on Gaza Strip. OIC will continue carrying out intense works at the UN Human Rights Council and OIC Executive Committee meetings," he added.

Davutoglu, on his part, informed Ihsanoglu on recent developments in the region and thanked him for the support.

On May 31, 2010, Israeli commandos raided a humanitarian aid flotilla heading for Gaza, killing nine Turkish nationals one of whom was a U.S. citizen. The United Nations established an inquiry panel to examine the incident. The UN panel's long-awaited "Palmer Report" was handed over to UN Secretary-General Ban Ki-moon on September 2. The report said Israel's raid of the vessels was "excessive and unreasonable," while the flotilla acted "recklessly" in attempting to breach the naval blockade. It also said the Israeli naval blockade on Gaza was "legal".