Pakistan and Aghanistan leaders to attend summit in Turkey

The Turkey-Afghanistan-Pakistan trilateral summit will commence in Ankara on Wednesday. 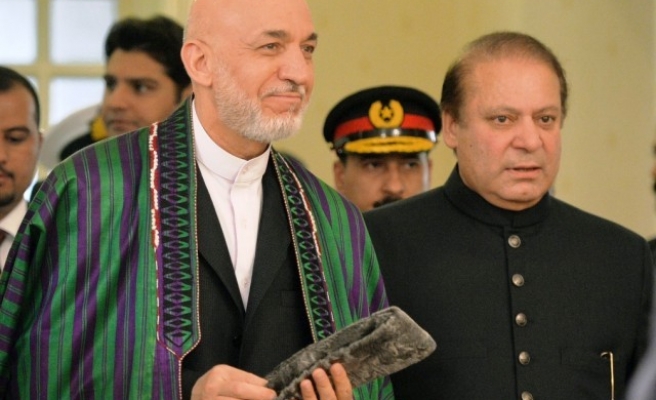 The Pakistani Prime Minister, and the Turkish and Afghan presidents will attend this week's 8th Turkey-Afghanistan-Pakistan Trilateral Summit.

A statement released on Monday by the Turkish Presidency Press Service said that the February 12-13 summit - hosted by Turkish President Abdullah Gul - will be held with the theme "a sustainable peace in the heart of Asia."

At the Ankara summit, Gul will meet Pakistani PM Nawaz Sharif and Afghan President Hamid Karzai, while foreign ministers, military officials and business leaders from the three countries will meet on separate sessions.

The trilateral summit series held since 2007 between the three countries focuses on issues such as security, economic cooperation, education, inter-parliamentary cooperation, dialogue and mutual trust.

The statement said that the "summit aims to carry the existing multi-dimensional collaboration between the three countries, which takes its strength from their historic and deep-rooted amity to the future in a stronger way."