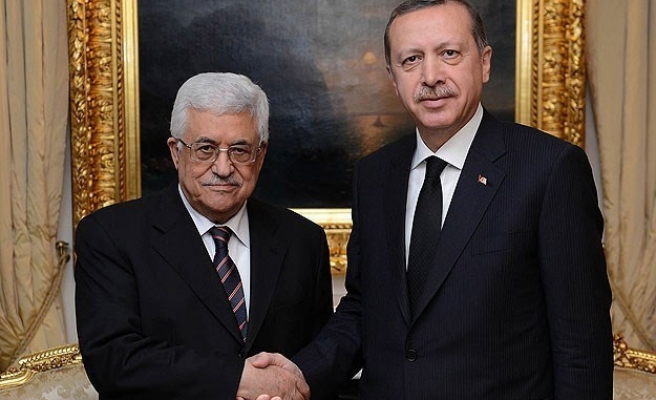 During the conversation, Recep Tayyip Erdogan expressed hopes that ongoing Israeli-Palestinian peace talks would result in a two-state solution based on the 1967 borders and in compliance with United Nations resolutions and the Arab Peace Inititative.

Washington-sponsored peace talks between Israel and the Palestinians resumed last July after a three-year hiatus.

The results of the talks – which are reportedly focused on final-settlement issues such as borders, Israeli settlements, Jerusalem and Palestinian refugees – have yet to be announced.

Chief Palestinian negotiator Saeb Erekat said Monday that direct talks – which are being brokered by US Secretary of State John Kerry – had ground to a halt.

The ministry also said Abbas and Erdogan discussed the efforts by rival Palestinian groups Fatah and Hamas to secure a settlement among Palestinians.

Last month, Hamas Prime Minister Ismail Haniyeh announced that 2014 would be "the year of Palestinian reconciliation."

Fatah hold the presidency of the Palestinian Authority government while Hamas rule Gaza on the back of their win in the 2006 Palestinian legislative elections.