'Precautions should be taken to prevent right to protest from disturbing public order and harming state buildings,' Turkish FM Ahmet Davutoglu said during a visit to Sarajevo. 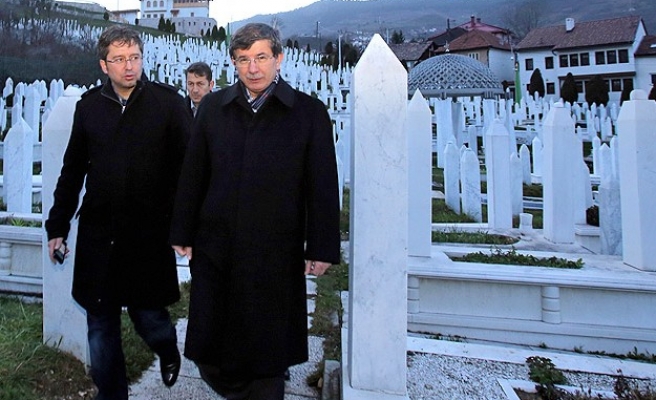 Peace and stability in Bosnia-Herzegovina are vital for both Turkey and the Balkans, Turkey's Foreign Minister said on Wednesday in Sarajevo.

While it is necessary to secure the right to peaceful protest amid unpcoming elections, "precautions should be taken to prevent the right to protest from disturbing the public order and harming state buildings,” Ahmet Davutoglu said during a press conference after talks with high-level Bosnian officials.

A series of protests by disgruntled public workers who claim they have been deprived of their social rights and benefits began in Tuzla last week.

The protests, which spread to other cities, including the capital Sarajevo, have been dubbed the "Bosnian Spring" by Bosnian media reports.

Bosnian leaders added that they fully understood the reasons for frustrations about the country's social and economic situation, saying that the judiciary should work harder to solve crime and corruption.

Presidential, parliamentary and local elections are set to be held in the country in 2014.

Davutoglu stressed the need to prevent any ethnic or sectarian conflicts and the disturbance of functioning institutions.