PKK's Karayılan reported to be in Kandil

News reports earlier this month suggested that Karayılan had been captured by Iranian security forces. 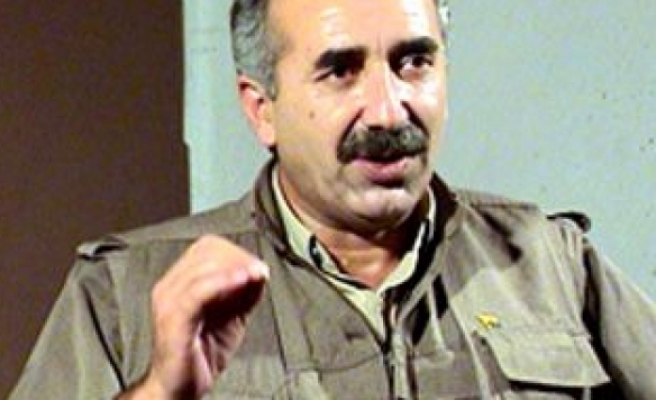 A news report has indicated that militant Kurdistan Workers' Party (PKK) senior leader Murat Karayılan, who was previously reported to have been captured by Iranian security forces, is neither in Iran nor at the main headquarters of the PKK in the Kandil Mountains.

Published by the Radikal daily and based on information from undisclosed sources in Ankara, the news report suggests that Karayılan is currently hiding in the Kandil Mountains and changes his location frequently so as to not be captured by Turkish security forces who are staging operations in the area against the PKK.

"Karayılan does not stay in one area for more than one or two days. He moves around the residential areas of Kandil and does not leave a trace. He is mobile," the daily quoted from an unnamed "high-level official."

The daily also indicates that the PKK's hawkish leaders, Cemil Bayık and Syrian Fehman Hüseyin, have been receiving support from Iran and Syria as they have teamed together with other PKK leaders Mustafa Karasu, Duran Kalkan, Ali Haydar Kaytan and Sabri Ok. Those people reportedly do not agree with the PKK's jailed leader, Abdullah Öcalan, and his supporter, Karayılan.

The report further says the Syrian member of the PKK, Hüseyin, has become increasingly more powerful in the PKK as Syria and Iran are trying to use the PKK against Turkey since Ankara is putting pressure on the Syrian regime. Hüseyin is also reported to have played a role in the violent acts of the People's Defense Forces (HPG), an arm of the PKK and the Kurdistan Freedom Falcons (TAK), an affiliate of the PKK.

News reports earlier this month suggested that Karayılan had been captured by Iranian security forces. Both Turkish and Iranian officials have denied the reports.