Turkish PM Ahmet Davutoglu said the only way to eradicate radicalism is establishing a new and moderate political initiative that is free of sectarian and ethnic nationalist elements. 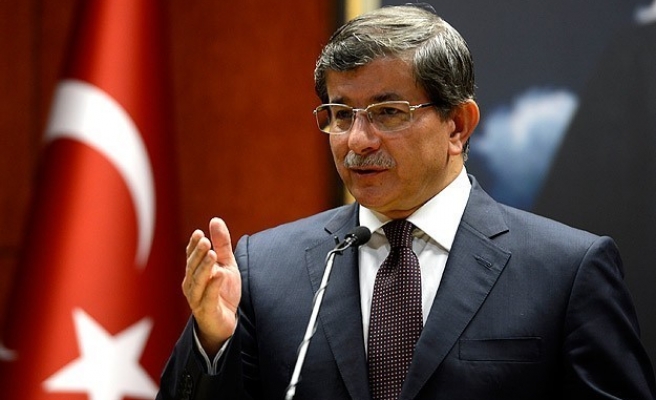 The only way out of the Syrian crisis is to establish a political system which ensures equal participation of all citizens, regardless of their ethnicity or religion, Turkish Prime Minister Ahmet Davutoglu said.

"Whenever a minority group tries to rule the majority, and oppress people of other ethnic groups and sects, the ones who feel left out resort to radicalism - just like the case in Syria," Davutoglu said in a televised interview late on Friday.

He said that radicalism was the biggest threat to security and stability in the region - a threat which could only be removed via a new and moderate political initiative that is free of sectarian and ethnic nationalist elements.

"The Syrian regime - which only represents 12 percent of the whole population - can no longer continue to rule the whole government, military and intelligence while others live as pariahs," Davutoglu said during a live interview at private Kanal 24 channel.

Davutoglu said that a joint effort was essential in solving the Syrian crisis lest it pave the way for bigger catastrophes down the road.

"We cannot just pull out once we wipe out Islamic State and other radical groups. All actors must come together and develop policies against common threats and elements which harm the stability in the region," he said.

"Otherwise, new groups would emerge and we would still be fighting against them."

The three and a half year Syrian civil war has claimed over 190,000 lives and displaced roughly half of the country population, according to the U.N.

Also, Syria is one of two countries where the so-called 'Islamic State' -- a group formerly known as ISIL -- has captured significant lands on which it declared a cross-border caliphate. The other is Iraq, where the group originated, and where similar deep-rooted sectarian tensions exist and feed ongoing violence.