The former Polish president said that Europe was losing without Turkey. 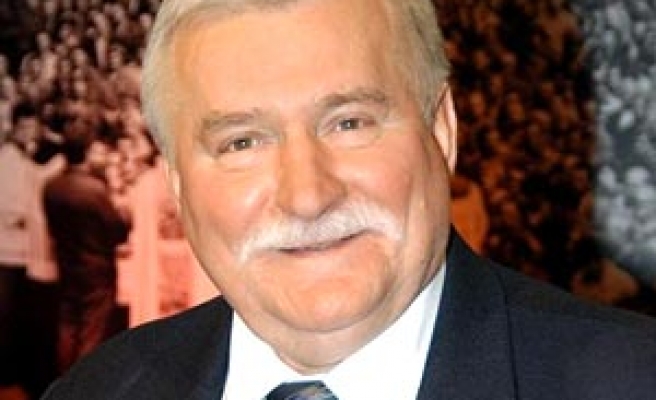 The former Polish president said on Tuesday that Europe was losing without Turkey.

Visiting Turkey's southern Fethiye town, Lech Walesa said there could not be a Europe, lacking Turkey.

Former Polish President has been on a week long tour in Turkey, and completed his Turkey vacation in Fethiye's Gocek hamlet.

Walesa saw Turkey as a country with significant potential and a future, and said Turkey would become a bigger country as it got more democratic.

Turkey could take its place among the most favorite European countries if it planned its development well, Walesa also said.

Walesa is planning to visit Turkey again in October upon an invitation from Turkey's State Minister for EU affairs and chief negotiator Egemen Bagis.

Lech Walesa served as the president of Poland between 1990 and 1995.