President says Palmer report does not exist for Turkey

"In fact, these measures would have been taken earlier, but in an effort to give chance to some ally countries' good-intentioned efforts, we have waited until today," Gul said. 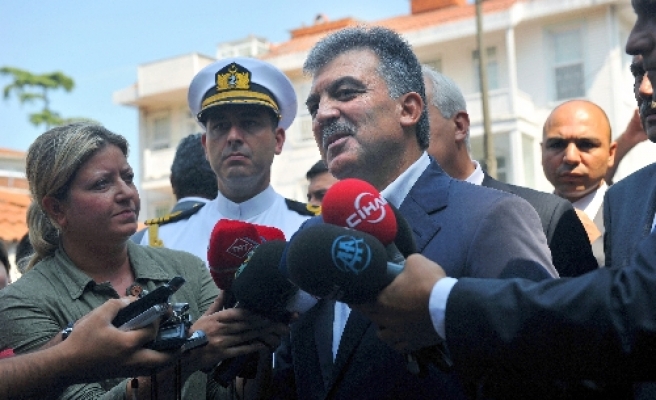 "In fact, these measures would have been taken earlier, but in an effort to give chance to some ally countries' good-intentioned efforts, we have waited until today," Gul said.

"Perhaps, certain circles could not understand our state's determination to show that incidents of the past were not forgotten and that we will always protect the rights of our citizens. The measures announced today constitute the first step. In line with the progress of events and Israel's stance, additional measures can be taken in the future," he said.

Gul noted that the Israeli government did not have any reliability or strategy.

"Turkey, as the most powerful country in this region, will not only protect its own rights but also the rights of all the people in need. The international community should also be aware of that," the president said.

Gul said Turkey wanted peace and stability in its region, and in order to achieve such goal, Israel had to take some steps.

Upon a question on the Palmer report's not suggesting an apology for Turkey, Gul said, "Such report does not exist for us".

But, the report, which has not yet been officially released due to Israel request to delay it according to Turkey, said however that Israel's blockade of Gaza is "legal".

Israeli troops killed eight Turkish activists and an American of Turkish descent in the May 31, 2010 raid in international waters.