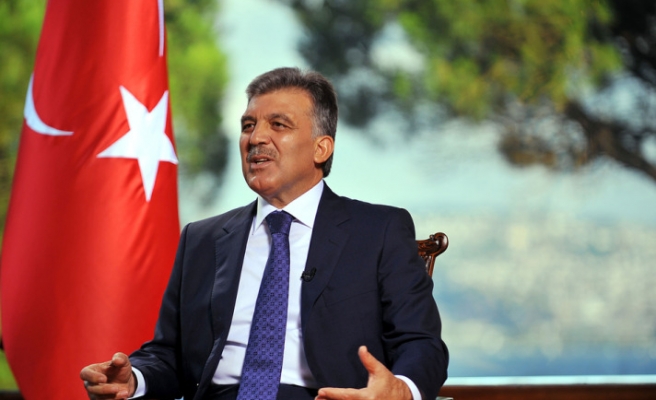 In an exclusive interview with Anadolu Agency, Gul assessed the recent incidents in Syria, and said that frankly, Turkey made the most political investment in Syria in recent years because Turkey had a goodwill to make contribution in transformation of Syria.

Gul said that Turkey exerted great efforts and made many contributions in Syria. He added that Turkey supported Syrian people because the important thing was people.

Commenting on the situation in Turkey's neighbour, Gul told Anatolian in an interview: "We are really very sad. Incidents are said to be 'finished' and then another 17 people are dead. How many will it be today? Clearly we have reached a point where anything would be too little too late. We have lost our confidence."

Gul noted that happiness, well-being and peace of Syrian people were very important for Turkey.

Earlier this month Gul, who like other Turkish leaders has piled pressure on Syria to end a violent crackdown on protests, appealed to Syrian President Bashar al-Assad not to leave reforms until it was too late.

Hundreds of people have been killed during pro-democracy protests in Syria since January 2011. Syrian people fled violence in their country and took shelter in six temporary tent-sites set up by Turkish Red Crescent in Altinozu, Yayladagi, Reyhanli towns and Apaydin village of Turkey's southern province of Hatay.

Number of Syrian people taking shelter in Turkey was announced as 6,802 on Saturday.