Turkey's chief negotiator for EU said the approval of a raft of constitutional amendments would boost Ankara's EU membership bid. 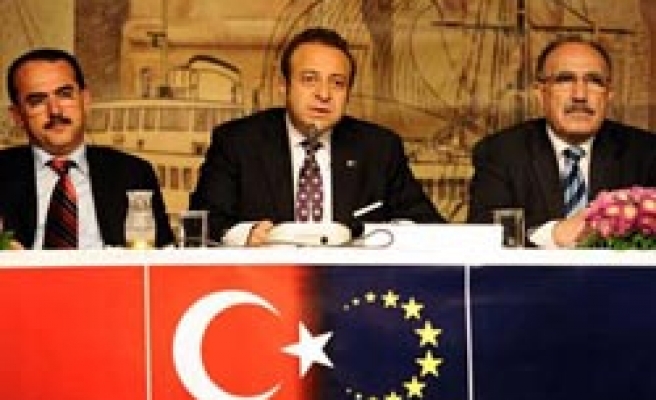 Turkey's chief negotiator for European Union accession talks on Friday said the approval of a raft of government-backed constitutional amendments would boost Ankara's EU membership bid, adding that the amendments had been designed to comply with EU's political criteria.

"These amendments will strengthen Turkey's hand on the negotiations table, specifically in the policy chapter on Judiciary and Basic Rigths," Egemen Bagis told a meeting of a national panel that monitors EU reforms and their implementation.

In last Sunday's referendum, 58 percent of the Turkish voters approved the constitutional amendment package which expands rights and abolishes an article that prevents leaders of a 1980 military take over from court trial.

Bagis said Friday's panel meeting discussed the drafting of laws necessary for the implementation of the constitutional reform, adding that the country's EU affairs body would put together an action plan for that purpose.