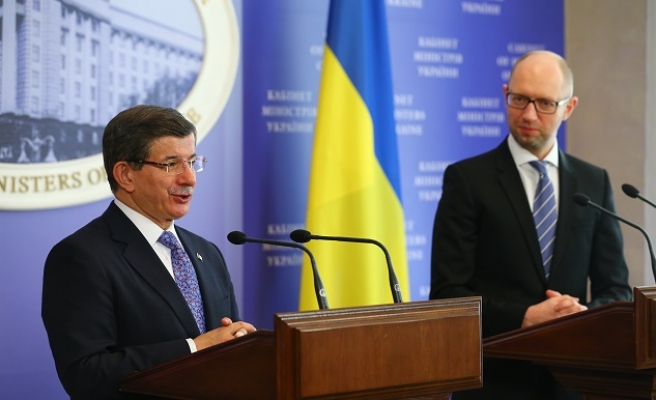 Turkish Prime Minister Ahmet Davutoglu on Monday accused Russia of acting as a "terrorist organisation" in Syria and vowed to deliver a robust response.

"If Russia continues behaving like a terrorist organisation and forcing civilians to flee, we will deliver an extremely decisive response," Davutoglu said through an official translator during a visit to Kyiv.

Tensions between Russia and Turkey have soared over Moscow's backing of Syrian President Bashar al-Assad and Russia's intense air campaign against what it claims are "terrorist" targets in its allied Middle Eastern state.

Turkey has long backed Assad's ouster and like other Western nations accuses Russia of predominantly bombing Syrian rebel groups backed by Washington and its allies instead of the ISIL group.

Assad's forces have most recently used Russian air support to move ever closer to the rebel stronghold of Aleppo in northern Syria.

The resulting refugeee flood toward Turkey has put renewed pressure on Ankara to open its border with Syria temporarily -- a move Turkish President Recep Tayyip Erdogan has until now been unwilling to take.

Davutoglu further slammed the Syrian peace talks that were halted after only a few days this month in Geneva as "diplomatic theatre" for which "the international community will ultimately bear responsibility".