Netanyahu insisted that there was a "discreet" deal to exclude military personnel from the UN probe, despite an earlier denial from UN Secretary-General Ban Ki-moon. 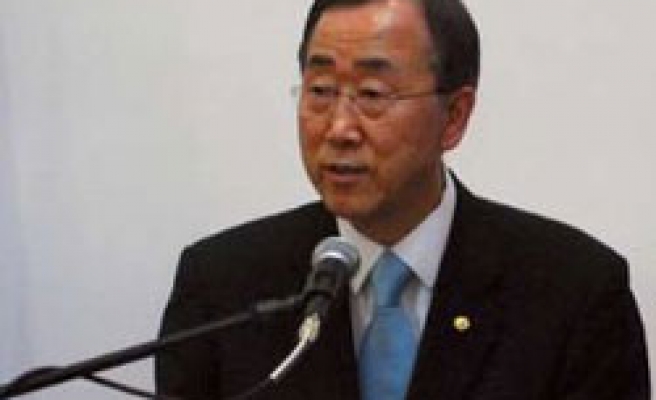 While the Israeli government has made it clear that its soldiers will not be available to assist in a UN probe into its deadly raid on a Gaza-bound aid flotilla, the UN chief has firmly denied reports that the world body has struck a secret deal making the Israeli military off-limits for the UN probe of Israel's deadly May 31 commando raid which led to killing of nine Turkish Gaza activists.

Israeli Prime Minister Benjamin Netanyahu, who testified before his country's own inquiry panel over the same raid on Monday, insisted on Tuesday that there was a “discreet” agreement to exclude military personnel from the UN probe, despite an earlier denial from UN Secretary-General Ban Ki-moon.

“The prime minister said Israel would not cooperate with any commission that would ask to question soldiers,” Netanyahu spokesman Nir Hefetz told military radio.

“Before Israel gave the green light to its participation in the panel we had discreet negotiations in order to ensure that this commission would not harm the vital interests of Israel,” he added.

Ban was asked on Monday at a monthly news conference if the United Nations had agreed that Israeli military commanders could not be interviewed by the panel, which is headed by former New Zealand Prime Minister Geoffrey Palmer and includes veteran Turkish and Israeli diplomats.

“There was no such agreement behind the scenes,” he said. “Their main work will be to review and examine the reports of the national investigations and liaise with the domestic authorities. Whatever is needed beyond that, they will have to discuss among themselves in close coordination with the national government authorities.”

In Ankara Turkish diplomatic sources said on Tuesday that Ban's denial was actually “the best answer” concerning the scope of the mandate of the UN investigation.

“The UN panel will carry out whatever action they believe is necessary for the soundness of the investigation,” the same diplomatic sources, speaking on condition of anonymity, told Cihan news agency.

US Ambassador to the UN Susan Rice infuriated Turkey last week when she issued a statement saying that the panel was “not a substitute for those national investigations” and that its focus was “appropriately on the future.”

The charge d'affaires of the US Embassy in Ankara was summoned to the Turkish Foreign Ministry, with Ankara expressing its “uneasiness and displeasure” over Rice's statement, which it considered an “alternative interpretation” of Ban's investigative panel.

Turkey withdrew its ambassador after the raid and called off joint military exercises, but stopped short of breaking diplomatic ties completely. It wants Israel to apologise and offer compensation to the victims' families.