The fighting in Syria has had a major effect in creating differentiated interests between Turkey and Russia, while the recent military coup in Egypt has been a positive development for Russia and its support of the Assad regime 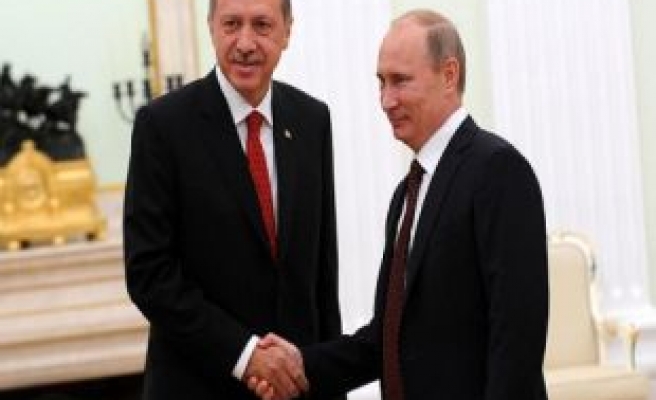 Since Turkey and Russia have further parted ways due to their different interests in the Middle East -- stemming from problems in the region that have boiled over in places like Syria and Egypt -- the relations between the two important economic partners are now in a state of inertia, analysts say.

“The contacts are for sure continuing on the economic field, but no political consultation can be made because of the highly ambiguous regional portrait nowadays,” Murat Bilhan, former diplomat and the vice chairman of the Turkish Asian Center for Strategic Studies (TASAM), said in remarks to Today's Zaman. “Turkey should carefully follow the interests of Russia in the region and should seek for ways to cooperate, as soon as possible,” he added.

The fighting in Syria, which has almost entered its third year, has had a major effect in creating differentiated interests between Turkey and Russia. Turkey is a staunch supporter of strengthening the armed opposition militarily in Syria and also of creating a no-fly zone there in order to change the balances between Syrian President Bashar al-Assad's regime and the opposition.

The US and Russia had proposed a peace conference in Geneva on the Syrian issue in May, where they had been hoping to come up with a political solution. But the conference has since been repeatedly postponed and is now being contemplated for September. The failure to gather for a peace conference has, to a great extent, stemmed from the military advantage that the Assad regime has taken on the battlefield. The regime, supported by Iranian-linked Hezbollah militants since May, has caused the armed opposition to lose serious ground.

Thus, with the advantage that Assad's forces have taken militarily, a scenario of a transition period without him grows more and more remote, making it much more difficult for the opposition to want to sit at the same table with the Syrian regime.

There have also been moves made from the Western community, including the US and the EU, implying that they would like to increase military aid to the opposition in a plan to influence the progress of the civil war. The US has given several signals that it would provide military aid to the opposition. Meanwhile, the message coming from Russia is that it would provide game-changer S-300 air-defense missile systems to the Syrian regime -- a message that has attracted great attention. This is in direct conflict with the heavyweight's long-term priority of finding a political solution in Syria.

“Such a mixed message was Russia's way of implying that, in order to ensure an ongoing military advantage of Assad, it would not stay silent on any military support to the armed opposition,” Hasan Selim Özertem, an analyst on Eurasia and energy security at the International Strategic Research Organization (USAK), said in comments to Today's Zaman.

Meanwhile, the recent military coup in Egypt that ousted President Mohammad Morsi and his Muslim Brotherhood government has been a positive development for Russia, in contrast to Turkey's position on the military intervention. Morsi's government in Egypt backed the opposition struggle in Syria, and for the opposition to lose a serious ally in Egypt has surely played into the hands of Russia. The recent military coup, which seems to have erased political gains from the Arab Spring period, is an opportunity for Russia to reconstruct its relations with Egypt. Russia had never looked positively upon the developments that evolved into the Arab Spring in Tunisia, Egypt and Libya.

“Especially after the Libyan military intervention by the UN Security Council, Russia gave the utmost importance to self-determination. And, being a country which also has a top-down government style, Russia has begun to develop concerns that there could be a similar uprising at home in the case of an insurgency,” stated Özertem.

In May, Prime Minister Recep Tayyip Erdoğan announced that there would be a planned visit from Turkey to Russia, but a date was never specified and the trip has to be made. This shows that the conditions for a negotiation between the two partners have not yet maturated enough to yield a high-level visit.

Özertem claims that Turkey and Russia have managed to “compartmentalize” their relations and are advancing rather well on the economic field, though. “They paid an enormous effort to make sure their economic relations were not affected by regional developments, and they continue to do so,” he noted.

Russia is a key energy supplier for Turkey; trade is flourishing between the two countries, and a Russian corporation is set to build Turkey's first nuclear power plant.

The trade volume between the two countries, which totaled $32 billion in 2012, is expected to grow to $100 billion in the coming years. But regional developments could eventually start influencing the countries' economic relations.

An issue of contention between Russia and Turkey may be related to a potential Russian assistance to Greek Cyprus in its financial crisis. Analysts say that Russia might consider a financial aid plan for Greek Cyprus in exchange for economic and military gains.

One scenario is that Russian gas giant Gazprom is planning to bail out Nicosia in return for a share in the island's Aphrodite gas field -- believed to hold 200 billion cubic meters of natural gas. Ankara, however, has long warned the Greek Cypriot government against unilateral moves to extract natural gas and oil reserves off Cyprus, saying that the Turkish Cypriots, who run their own state in the north of the island, also have a say on these reserves. Turkish officials have even suggested that if the Greek Cypriot administration insists on grabbing these reserves for itself, then Turkey will intervene militarily.

There is also talk of Russia moving its naval base in Syria to Cyprus in exchange for a bailout. Turkey has also stated its opposition to such scenario, saying this is against international law.