Somali students in Turkey to get better education / PHOTO 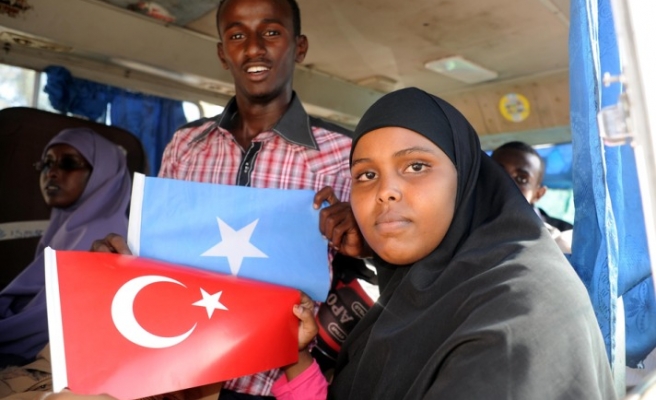 A group of Somali students has arrived in Istanbul after winning scholarship in Turkey.

Ibrahim said at the airport that they were gratitude to Turkish people and state for giving a helping hand to Somali people.

One of the female students, Nesra al-Hussein, said that she wanted to be a doctor to help her people.

Turkey has so far sent 9 planes and 7 ships of humanitarian relief supplies to famine-stricken Somalia.