Aid teams from Turkey are not merely distributing medical and food materials but are also helping the people of Mogadishu return to their social lives. 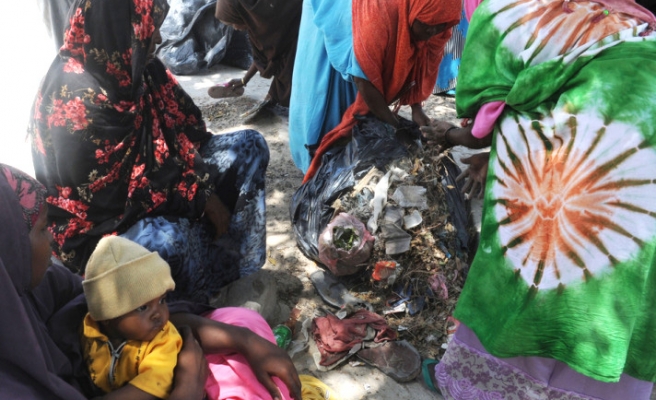 Aid teams from Turkey are not merely distributing medical and food materials but are also helping the people of Mogadishu return to their social lives.

Speaking to the AA, chairman of the Turkish Red Crescent in Somalia, Kemal Pehlivanli, said that they began a trash collecting campaign so that the residents of Mogadishu become used to cleaning their city.

With this project, we wanted to see Somali people join the campaign for a clean Mogadishu. We aim to encourage everyone to collect trash in front of their homes, Pehlivanli said.

The Somali people began having hopes after the recent visit made by Turkish Prime Minister Recep Tayyip Erdogan. I believe that Somalia will catch stability with time, Pehlivanli said.

Within the project, we distributed trash bags in various parts of Mogadishu. Turkish Red Crescent teams will collect trash along with the local people in Mogadishu, Pehlivanli said.

We have leased a truck for the trash to be collected. Local authorities showed us cites where we can dump trash bags. As we collect trash bags, we will begin placing soil on them at the trash collection centers. Later on, we will plant trees at these centers. They will resemble the ones in Turkey, Pehlivanli said.

We plan to provide vocational training courses and introduce projects through which the Somalis can earn money, Pehlivanli said.

The project was first implemented near the Kilometer 4 Square. Turkish Red Crescent teams collected trash along with the Somalis on the main road that goes to the Mogadishu Port. All pavements were cleaned by women who showed great interest in the project.

Women told the Turkish Red Crescent that they were happy to be a part of activities to clean Mogadishu and that similar efforts should continue in the future.