Syria may 'start Israeli talks under only Turkey mediation'

Syria pegged the resumption of direct peace talks with Israel to Turkish mediation. 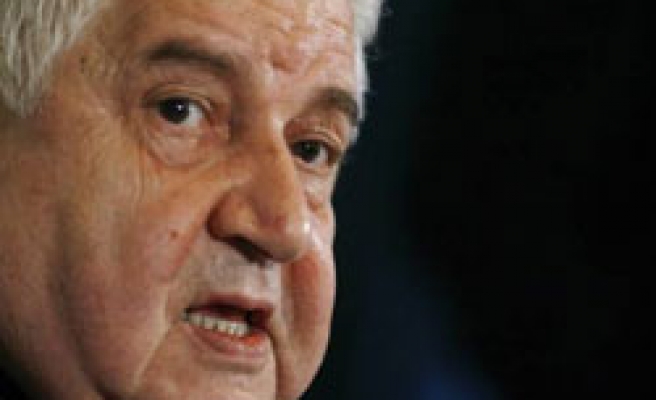 Syrian Foreign Minister Walid al-Moallem said on Sunday that peace will not be achieved until Israel commits to a full withdrawal from the occupied Golan Heights to pre-1967 borders, the state-run Syrian Sana news agency reported.

The top Syrian diplomat also stressed while speaking before the al-Baath Forum for Dialogue at Damascus University that Syria will go to direct talks only through Turkish mediation, Cihan News Agency said.

Peace talks between Israel and Syria collapsed in 2000 over Syrian demands for a full Israeli withdrawal from the Golan Heights, a strategic plateau Israel captured in the 1967 war and later annexed. Talks resumed under Turkish mediation in 2008, but they collapsed after an Israeli offensive in Gaza that killed more than 1,434 Palestinians. Israel now says new talks must be direct and begin without conditions.

Al-Moallem said liberating the occupied Syrian Golan territories, restoring the rights of all Arabs and establishing a network of economic cooperation are the top priorities of Syrian policy.

Although there were prospects for resuming the Israeli-Syrian peace process after it collapsed in early 2009, a series of events that led up to a diplomatic spat with Israel made Turkish mediation of the peace process -- currently at a standstill -- impossible.

According to the Syrian foreign minister, Syrian President Bashar al-Assad's vision involves connecting the Mediterranean, Caspian and Red seas and the Arab Gulf through a network of basic economic interests.