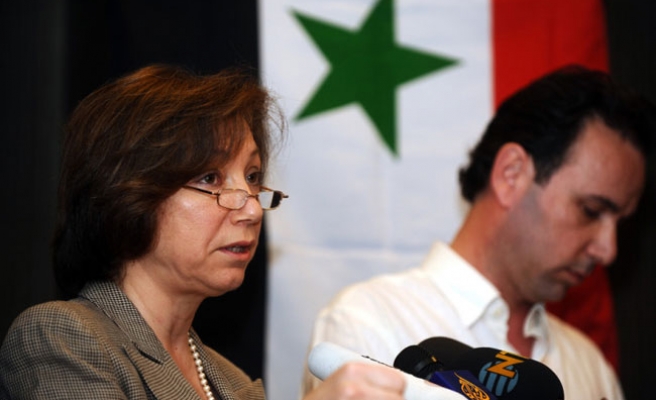 Syrian opposition members from all parts of the world announced on Thursday the establishment of the Syrian National Assembly in north-western province of Istanbul.

Opposition efforts to replace the dictatorship in Syria with a civil, pluralist and democratic state have matured after a period of six months, Katmani said.

Our doors will remain open to all other political forces, Katmani said.

Among the Council's goals are ending the regime in Syria through legitimate methods, protection of public institutions, continuation of the revolution through peaceful manners, protection of national unity, being loyal to the revolution, establishing a civilian state, and guaranteeing freedom and democracy, Katmani said.

We wish for God's mercy for our martyrs and hope that those wounded get better soon. Our revolution will surely succeed and our people reach freedom. Long live free and mighty Syria! Long live our free and mighty people!, Katmani said.

We have a political project and a program to be implemented in three stages. The first stage involves toppling the regime in Syria, Katmani also said.