Assad said Syria would not shy away from apologising if it emerged that the plane was shot down in international airspace. 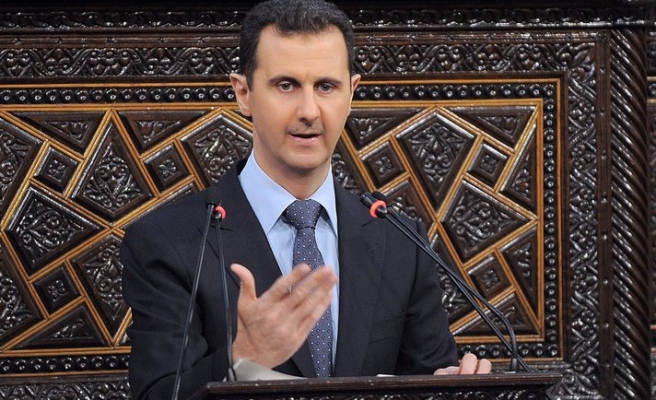 Syrian President Bashar al-Assad has told a Turkish newspaper he wished Syrian forces had not shot down a Turkish jet last month and that he would not allow the tensions between the two countries to turn into open combat.

"We learned that it (the plane) belonged to Turkey after shooting it down. I say 100 percent 'if only we had not shot it down'," the Cumhuriyet newspaper quoted Assad as saying in an interview published on Tuesday.

His comments emerged as fighting raged throughout Syria to unseat Assad in what is increasingly taking on the character of an all-out civil war, fuelled by sectarian hatred.

Syrian helicopters bombarded a Damascus suburb on Monday and Turkey scrambled warplanes near the border in the north, as the U.N. human rights chief warned that arms supplies to both the government and rebels were deepening the 16-month conflict.

Asked whether the tensions between Syria and Turkey could lead to war, Assad said: "We will not allow (the tensions) to turn into open combat between the two countries, which would harm them both."

He also said Syria had not amassed and would not amass military forces along the Turkish border, whatever action Turkish Prime Minister Tayyip Erdogan's government takes.

The paper did not specify when the interview was held, but in it Assad refers to an international meeting held in Geneva on Saturday under the auspices of peace envoy Kofi Annan.

Turkey has heightened military activity along its southern border since Syria shot down the Turkish jet over the Mediterranean on June 22, prompting a sharp rebuke from Ankara which said it would respond "decisively".

Assad said Syria would not shy away from apologising if it emerged that the plane was shot down in international airspace.

"The plane was using a corridor which Israeli planes have used three times before. Soldiers shot it down because we did not see it on our radar and because information was not given."

"Of course I might have been happy if this had been an Israeli plane," Assad said.