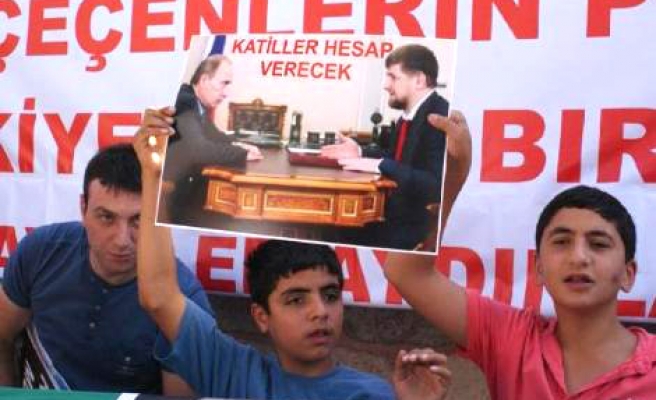 Three Chechens were buried on Monday after they were shot dead in Istanbul last week, an advocacy group said.

Turkish police launched an investigation to find who was behind the killing, media reports said, after an Istanbul-based advocacy group blamed Russian special services for the shooting.

Hundreds of people gathered at a mosque on Sunday for the funerals of the three men, who were gunned down in broad daylight on Friday on a suburban street in the Turkish city.

The three were shot dead in 15 seconds by 11 bullets fired from a pistol fitted with a silencer, according to Turkish media. Istanbul police declined comment on the case.

According to kavkazcenter.com, a website affiliated with the insurgency in the North Caucasus, one of the three dead Chechens, Berg-Hadj Musayev, was a close associate of insurgent leader Doku Umarov.

Imkander, a Caucasus support association in Istanbul, pointed the finger at Russian intelligence.

"Russian intelligence, which previously brutally killed... Chechen commanders in Turkey in the same way, has added another link to the massacres with the murders carried out in the middle of Istanbul," its head Murat Ozer said in a statement.

Ozer was referring to the 2009 killing of three former Chechen commanders in Istanbul.

Turkey has a large ethnic Chechen community, and some Chechens fleeing fighting in Chechnya have taken refuge in the country.