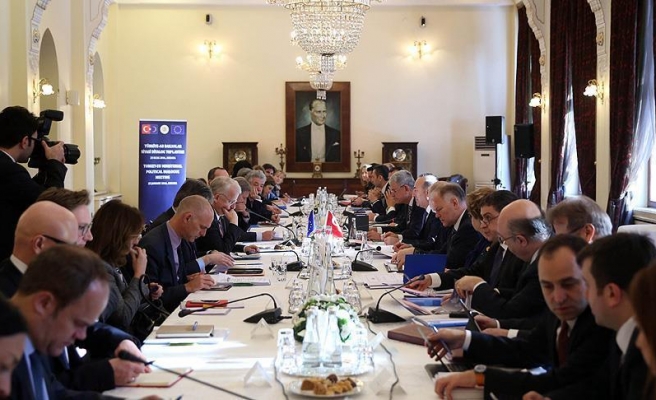 Turkey’s EU accession process will be among a host of issues discussed during a visit by three high-ranking European officials to Ankara on Monday.

During the meeting, the sides will exchange views on Turkey-EU relations, in particular Turkey’s accession process, as well as current regional and international issues.

After the meeting, the parties will hold a news conference.