Top US intelligence official in surprise visit to Turkey

US Director of National Intelligence James Clapper arrived in Ankara for a surprise visit, a news report said on Monday. 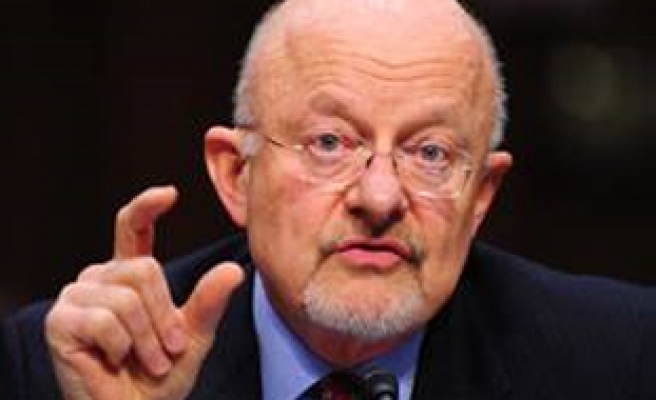 US Director of National Intelligence James Clapper arrived in Ankara for a surprise visit, a news report said on Monday.

Clapper arrived in Ankara on Sunday evening and began talks with Turkish officials on Monday morning, private NTV television reported. There was no official statement on Clapper's visit from Turkish or US authorities.

Clapper was having talks at the General Staff, the National Intelligence Organization (MİT) and the Foreign Ministry, according to NTV.

His talks focus on the planned deployment of a US radar system as part of a NATO-backed missile defense system in the eastern Turkish province of Malatya and the fight against the militant Kurdistan Workers' Party (PKK), as well as the developments in the Middle East.

Turkey announced earlier this month that it had agreed to the deployment of the X-Band radar as part of NATO's missile defense system, designed to protect the European allies of NATO from "missile threats that could stem from Russia or Iran". Turkey had insisted during the course of negotiations over hosting the US radar that no country should be mentioned as a threat, a demand accepted by the US and other allies.

The US has been sharing intelligence with Turkey about the PKK's movements in a joint effort to combat the militant group. Turkish and American officials have recently discussed the possibility of Predator drones being stationed at bases in Turkey.